Douglas Adams invented the Babel Fish to allow his aliens to talk to each other in The Hitch Hiker's Guide To The Galaxy. Farscape had translator microbes whilst Star Trek had a never seen but ever present "Universal Translator" to explain why everyone everywhere in our galaxy conveniently speaks English.

Enough of the science fiction. Microsoft is working on a much more down-to-earth system which will allow people speaking different earth languages to talk to each other in near real time.

Language technology has come a long way over the last ten years or so. Voice synthesis is well-developed and has proved useful in developing speaking browsers, for example and basic speech synthesis has been available on PCs for twenty years now. Speech recognition is more difficult due to the vast range of human voices and the way we construct and articulate sentences, the variations in microphone hardware, and the problems of background noise, but products such as Apple's Siri demonstrate how sophisticated this technology has become. The field of language translation has undergone a revolution with the development of statistical models and machine learning. Translation is still not perfect, but tools such as Google Translate put my schoolboy French to shame.

Microsoft has pulled all these technologies together and launched a preview version of Skype Translator, a service which provides automated two way translation, to give an experience much like using a human interpreter. Currently the system only works on Windows and only provides translations between English and Spanish, but it is enough to illustrate the tremendous potential of this technology. In this demonstration video from Microsoft, two children are shown having a real-time conversation, one in Tacoma, Washington, speaking English, and the other in Mexico City speaking Spanish.

Technology works at its best when it is breaking down the barriers and bringing people together. Happy Christmas. 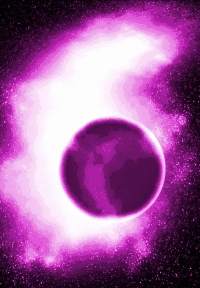