Hacking was in the headlines again this month when the US Military's Twitter account was broken into, but it was hardly a serious security breach.

The hacking of the US military's Twitter account was nothing more than an inconvenience and lasted for about 30 minutes. During this time, as well as some slogans, the hackers posted the names and office phone numbers of some military officers, and the strange message "Pentagon Networks Hacked! China Scenarios", followed by "Pentagon Networks Hacked! Korean Scenarios". It appears that they gained access to the Twitter account by successfully guessing the account password.

An unlikely site to be hacked this month was TravelWest, the bus timetable website for the Bristol area. A group based in Tunis calling itself Dark Shadow changed the home screen to some arabic graffiti and the message that it had been hacked by the Arab Security Team of Muslum Hackers. It also gave a link to its now deleted Facebook page and Gmail account. Whilst TravelWest haven't confirmed how the hack occurred, it appears the hackers exploited security holes in an out of date copy of WordPress. What is more confusing is why hackers would invest the effort to take down a site used by a handful of people each day. The Bristol Post speculated that Dark Shadow were a little confused, and thought it was a more influential site promoting travel around the Western hemisphere.

It isn't the first time that hackers have misfired. Back in 2010, Algerian hackers defaced the site of British stately home Belvoir Castle, a Royalist stronghold during the English Civil War, and now best known as the venue for the annual teddy bears picnic. The anti-zionist messages left on the site by the hackers suggested they'd got it confused with Belvoir Fortress, a Christian outpost established during the crusades which overlooks Jerusalem.

In 2011, hackers launched a two-week long denial of service attack against allezdax.com, a site belonging to a French second division rugby club which normally receives just 700 hits a day, mostly from the local rugby fans. Judging by the German-language insults which were directed at the site by the hackers, it seems the hackers thought they had taken down DAX, the German stock exchange.

The most impressive failure though was last year when the hacking crew Anon Ghost boasted on underground forums that they had taken down the Yorkshire Bank website, which they described as one of the UK's largest banks. The bank though was blissfully unaware of the attack. The hackers had taken down a site, but that site was ybs-bank.com, a fake copycat site hosted in Malaysia which had been created by scammers who were trying to scam Yorkshire Bank customers. 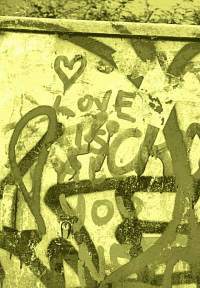