What were you doing 30 years ago? One thing we can be pretty sure of is that you were not using your mobile phone.

I was on the bus and noticed that of the other eight people there, seven were glued to mobile phones, checking email, Facebook and Twitter. Fortunately, the one out of eight who wasn't absorbed in his handset was the man driving the bus. When you see this apparent addiction to mobile phones, it is hard to believe that it was just 30 years ago this month that the first mobile phone call was made in the UK.

During 2015, Indian telecomms companies expect to sign up their one billionth subscriber, and iPhones have just powered Apple to the biggest profit figures in corporate history. That shows how pervasive the cell phone has become, but the first mobile phone call, made using the cellphone system as we know it today, was made at midnight on 1st January, 1985, by Vodafone's Michael Harrison, to his father, Sir Ernest Harrison. The call was made from Parliament Square in London to the family's home in Surrey using the Vodafone VT1, a "mobile" which had a 30 minute battery life. Now whatever you are imagining it looked like, its worse than that. Vodafone asked some schoolkids what they thought of it:

1985 was a memorable year for battery powered technology. Various camera manufacturers produced their first digital cameras. The Konica SVC40 and the Fuji ES1 were both capable of taking a digital photo at 640x480 pixel resolution (a size which would still be more than usable on the web today) and would record the image to a 3.5" floppy disk.

It wasn't all a technical success story though. January 85 also saw the launch of the much-maligned battery-assisted Sinclair C5. Thirty years on, it never became a mass-market product but each year a handful of C5 owners gather in suitably flat places such as Bournemouth promenade for anniversary rallies. In case you've forgotten what they were like, this is the original advert from 1985.

Maybe the C5 wasn't the billion seller hit that Sinclair had hoped for, but for 1985, it was a surprisingly green idea. 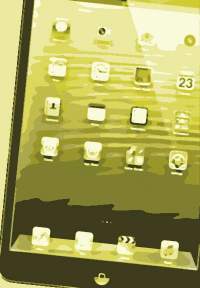