The British Ordinance Survey (OS) mapping service produces some of the finest maps in the world, beautifully drawn, easy to understand, astonishingly accurate, invaluable for any serious planning work, and yet still the general public seems to think Google are the innovators and experts in mapping.

Could that be about to change? OS data has been found online in public websites such as Streetmap (www.streetmap.co.uk) which long predated Google's move into mapping, but that also means those early mapping websites look dated these days compared to the methods used by later arrivals.

OS has been developing a mobile phone app version of its mapping data which marries the riches of its mapping data with modern expectations, so that you get "slippy" maps which can be panned and zoomed more easily. The app matches OS data to different coordinate systems, and allows better the creation of shareable routes etc.

A big advantage of OS over other mapping services like Google is that it is countrywide comprehensive data. Whilst other services are primarily about roads and buildings, OS data gives superb off-road data, such as contour lines, the positions of streams, cycle routes and woodland paths, the type of vegetation, and all of the essential landmark items such as churches, pylons and, of course, pubs. For the outdoor enthusiast, an OS map is a must have accessory.

Unfortunately (in my opinion), OS is required to make a profit these days, and is no longer seen by the government as one of the jewels of Britain, so the app looks like being priced at around Ł20 per year. Whilst they can market it as equivalent to "just 38p a week", and even offer a free trial, I feel that many people will still see that as expensive option when they can just look at Google Maps for free. For people who use it every day, or even every weekend, it is great value for money, but I feel it will create an entry barrier for many of the more casual map user and lead to problems reaching a critical mass of users, which will, in turn, reinforce the perception that Google is the goto map of choice for the general public. 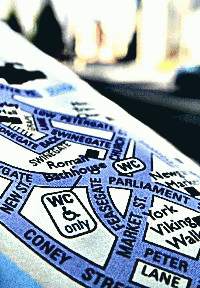