Take a selfie, no brains required

Selfies are everywhere, that's no surprise. What is surprising is that some masterminds manage to use selfies to incriminate themselves.

We've seen plenty of examples from around the world of people who have photographed themselves doing stupid things, and then been surprised when the police come knocking on the door. At the start of this month, in Salinas, Atlanta, a woman stole a mobile phone and then used it to take a selfie or herself and her two children, not realising the phone automatically uploaded the pictures to iCloud where the phone's owner found them and was able to show them to police. The police have now taken to Twitter to identify the culprit.

That lack of tech savvy is exceeded though by Maxwell Morton, a Pittsburgh teenager who has been charged with homicide after posing for a selfie next to the dead body of classmate Ryan Mangan he allegedly shot and killed.

Morton posted the picture to another boy using SnapChat, a picture sharing service which automatically deletes the photo a few seconds after the recipient has viewed it, and thought this would leave no evidence for police. However, the recipient of the picture hit his screen save button before Snapchat had a chance to delete the picture.

Even that might not have been Morton's undoing, but the recipient's mother checked her son's phone, found the stored picture, and took it to the police. Police didn't even need to take to Twitter to identify the face as he'd helpfully labelled it with Morton across the top and attached the message "Told you I cleaned up the shell casings". A police search of his house discovered a 9mm handgun hidden under the porch, along with a shell casing. 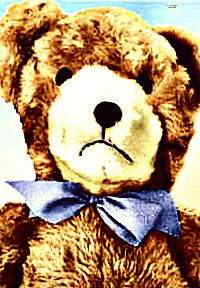