According to information leaked to the Wall Street Journal, nine years after Google bought YouTube, it has a billion users each month but still only manages to just break even. This highlights how hard it is to make money from the Internet, even if you are one of the world's biggest websites.

Google bought YouTube back in October 2006 for $1.6bn. Last year its revenue from Google advertising on the site was $4bn, but this was pretty well wiped out by the running cost of video streaming on this scale, which amounted to $3.8bn over the year. You could argue that even break even is still a win for Google because every video you watch lets it glean more profiling data on you as an individual, information which is used to sell targeted adverts on its main search pages. The sheer dominance of YouTube also makes it difficult for competitors to get anywhere near close to setting up a rival service and becoming a competitor in other areas.

Is it possible to make a profit from video streaming? Yes, it is. For example, the much smaller Netflix has reported a healthy profit of $80m on its online film service, but these have a very different business model to YouTube. In many ways, Google would like people to sit down at their smart TV and watch YouTube in the same way that they might channel surf to BBC or ITV, but the problem is that YouTube is just too full of poor quality content, duplicate content, and endless cat videos. There are nuggets in there but few and far between, and most of the good stuff is being accessed through links embedded on other websites rather than people visiting YouTube directly. The problem was summed up by Brian Weiser of Pivotal Research who said the sheer amount of junk on YouTube was a problem, adding "If they want meaningful TV budgets, they need to invest in TV content".

Google instead seems to be trying to force yet more intrusive adverts on the viewers, playing a mandatory advert at the start of clips. I find it plays the same small set of adverts at me over and over again which quickly alienates me to whatever product it is advertising. There is a skip button which allows the advert to be skipped after a predetermined number of seconds have been watched but it is hugely frustrating. Waiting 15 seconds so that you can click "Skip Ad" feels like an eternity on a computer. They also use more of the semi-opaque ads over the tops of playing videos which you quickly learn to close automatically without ever reading. Who wants an advert appearing over the top of the video you are trying to watch?

Google has recently released an app for Android and IOS called YouTube for Kids. It gives access to a carefully selected subset of YouTube videos appropriate for a younger audience, and is contained in a bright and playful design which is intended to capture the attention of younger users. However, this does raise questions of what profiling data Google intends to collect on all these young users. Obviously Google, being in the advertising business, intends it to be yet another advertising platform, so that advertisers can leverage pester power to reach the parents, but justified it with reverse logic when Google's Shimrit Ben-Yair said: "It was really important for us to make the app free and available to everyone, therefore it's ad-supported". 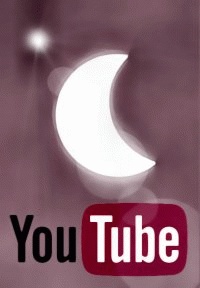