Why don't we buy more online from EU countries other than our own? asked European Competition Commissioner Margrethe Vestager. According to the commission's research, about 15% of EU citizens who buy online have bought from a different EU state.

Vestager is disappointed by the low 15% figure and believes, that in Europe with its unified trading laws, we should all be more willing to buy from traders in other EU member states. I am of the opposite opinion. I am surprised that as many as 15% have ever bought from another country, and I would have thought the reasons for reluctance are fairly obvious.

First and foremost there is the language barrier. Even on UK sites written in English the language can be tortuously off-putting and I do not understand why something as simple as, say, buying an ink cartridge should require me to agree to page after page of legalese and small print before I can complete my transaction. I can walk into a High Street shop and buy without reading and signing legal documents so why is online any different? If buying from a UK-supplier in English is so confusing, why would any of us want to buy from a site written in another language?

If the government or the EU wants us to shop online more, it could start by banning this psuedo-legal USA-style nonsense and telling traders that EU customers have rights in law, and that trying to imply anything different with these verbose online T&Cs is simply not acceptable.

The next biggest obstacle is the cost of postage and packing. For small items, the delivery cost can outweigh any savings I have made by buying online, even when buying from a UK supplier. The cost of mailing the ink cartridge ranges from anywhere between a pound for a slow second class post delivery up to about Ł8 if I want to use a next-day courier service. If I'm purchasing from another country, the delivery costs will certainly be higher still, and will take a day or two longer to arrive. For small items that makes no sense.

What about larger, higher value items where delivery cost is less of an issue? If I buy a camera online for, say, Ł200, there is always a niggling worry that it will arrive damaged or a fault will develop after a week, or they have left out something vital such as the recharger. For a UK-based purchase, that is annoying, and no-one likes the hassle of calling the trader, explaining the problem, and arranging a return and refund. That problem would be so much worse if you have bought from a trader in, say, Spain, and have to negotiate a language barrier, make expensive long-distance telephone calls, and possibly incur expensive return fees.

It is hard to imagine what items you would want to buy from EU retailers which are not already available here in the UK and I expect much the same is true for the citizens of other EU countries. For most purchases, I cannot find any compelling reason for buying from other countries, EU or otherwise.

Contrary to what some politicians think, the obstacles to online commerce are not particularly technological, they are social and cultural. As an example of technological thinking, a UK initiative called the UK Super Fast Broadband fund had Ł3m earmarked for businesses in Oxfordshire, but only Ł150,000 of that available fund was taken up, which is not that surprising as the scheme only pays for initial installation cost, after which the business has to pay a hefty monthly contract fee.

A spokesman for the scheme speaking on local radio said that British businesses which do not have super fast broadband are missing out on 8.7 billion potential customers, an impressive sounding number even greater than the estimated number of four billion internet users world wide. Ignoring the numeric details, this attitude underlines a lack of understanding by the proponents of this scheme. Superfast email and cloud storage for your documents does not help one jot in selling ink-jet cartridges to customers, and just because your business is online doesn't mean there are 8.7 billion web users from around the globe who will beat a path to your door. Anyone who bought into superfast broadband thinking it would open up global markets must be sorely disappointed. 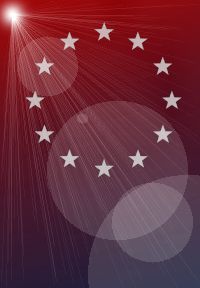