Social networks influence our perception of products. Real people giving honest opinions tell us far more about a product than any advert, but should we believe them? Three quarters of a million women on Twitter tweeting about diet pills all turned out to be one man.

The scam was unearthed by security researchers at Symnatec. One single scammer, or as he no doubt prefers to be called, an Internet Marketing Specialist, took on the job of getting visitors to a site selling a supposed miracle diet potion, Green Coffee Bean Extract. It is believed he was earning a referral fee for visitors and up to $60 in commission for each visitor who made a credit card payment for a product trial.

Since the start of 2014, the person behind this scam has created around three quarters of a million accounts, which is roughly one per minute, 24 hours a day, seven days a week, week in and week out.

A small number of the fake accounts, about a hundred, pretended to be representatives of major brand names and corporations, duplicating the brand icons and replicating genuine tweets in between tweeting endorsements for the diet pills. Another 40,000 were set up using either the names of celebrities or random identities and photos stolen from across the Internet, (but always of beautiful young women of course), and some of these accounts ended up with real people following them, unaware that these accounts are fake and that the followers are just adding more credibility to a scammer. The remainder of the accounts, around 700,000 of them, were simply used to create followers for the other accounts and to add an air of authenticity.

Using this structure meant the scammer was able to quickly create accounts with large numbers of seemingly unrelated followers. It also meant that when one of his primary mimics (or mockingbirds as Symantec calls them) was detected by Twitter and deleted, it was relatively easy to promote another established but unconnected Twitter account to take its place.

According to recent figures published by Twitter, it has 288 million active users and, if you include those who registered but don't tweet, about 940 million users in total. This means that the three quarter of a million fake accounts created by just one man is about 0.1% of all Twitter users, active or not,... and there is no reason to suppose that this person is the only scammer in the world creating fake accounts on an industrial scale.

I am not sure which is stranger, that no-one at Twitter notices this relentless automated creation of fake profiles, or that there are enough people in the world who believe in magic slimming pills to make this sort of scam worthwhile. 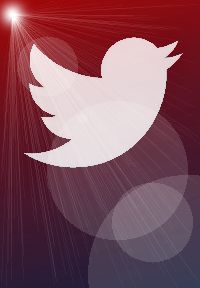