When ICANN consulted the public about its new TLD schemes, people around the world said it was a bad idea, but like all organisations carrying out public consultations, ICANN ignored the responses and did what it wanted to do anyway. Now it realises it has created a monster, and is asking the US and Canadian governments to help solve a problem.

When ICANN announced its plans to create many more top level domain suffixes (TLDs) and auction the rights to the highest bidders, many brand managers quite rightly complained that this would just cost trade mark owners a lot of money in otherwise pointless defensive registrations. ICANN went ahead anyway.

People particularly objected to the idea of a dot sucks TLD. ICANN claimed that the availability of such a domain would empower consumers by letting them set up sites where grievances could be aired against major brands in a structured manner. Major brand managers said they would have no choice but to buy up these domains to defend their image, and US senator Jay Rockefeller went as far as describing it as "a predatory shakedown scheme".

The dot sucks domain was won at auction by Canadian company Vox Populi which paid $185,000 for the rights to the domain and is currently charging corporations $2,500 dollars per registration. Vox Populi says it has done nothing wrong and is simply exploiting the commercial value of the TLD.

However, in a letter to the US Federal Trade Commission and the Canadian Office of Consumer Affairs, ICANN says that its own Intellectual Property Committee has described Vox Populi's actions as illicit, predatory, exploitative and coercive. ICANN's problem now is that it has engineered a situation in which it can create and auction TLDs but has no legal powers to control the subsequent marketing of them unless one of the two governments steps in and deems Vox Populi's actions illegal and therefore a breach of its contract with ICANN.

ICANN is a hugely important entity in shaping the internet, and in 2009 the US government generously gave up its control in the organisation so that ICANN could become a not-for-profit organisation which was not subject to US political influence. However, that does mean that ICANN is now run by a 20 man board which is self-appointed and self-regulated. ICANN banked $58.8m as a result of the TLD auctions and the internet community is still waiting to hear what this not for profit organisation plans to spend it on. Meanwhile, according to last year's accounts, ICANN board members each claimed an average of $90,000 in expenses. 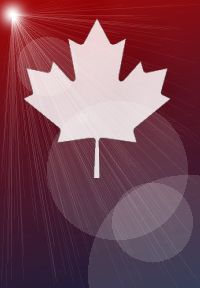