One of the great success stories of the internet is the way that it has empowered musicians and music lovers to be able to create and distribute quality music from previously unknown artists.

Whilst lots of bands are now able to create their own polished videos and put them on YouTube, an equally important influence are the online house shows, video channels created by organisations such as "Songs From A Room" (Sofar). Sofar stages small stripped back acoustic sets in unusual locations, often private homes, puts the artists in front of quality cameras and sound equipment, and streams the performance as an online gig over the internet. From a first gig in a London flat in 2009, Sofar is now a global phenomenon, showcasing bands from all corners of the world. This is an extract of a Sofar performance by Oxford percussion band, Duchess:

Another such venture is WhisperingBob TV, which runs its Under The Apple Tree sessions, curated by no less a figure than Whispering Bob Harris of Old Grey Whistle Test fame. This clip from a recent Apple Tree session features local artists Josh Healey and Jess Thristan performing Healey's original composition, Stars: 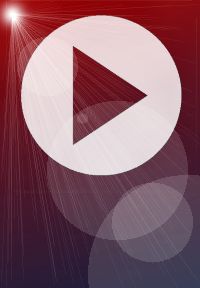