Broaden your mind, not your broadband

I once went into a hardware shop where the item I wanted was priced at Ł2, with a poster saying "Buy any two for a 20% discount". I took two to the till, and waited while the man furiously punched buttons on the calculator before announcing "that will be Ł6.63 please". When I pointed out that the two items were only two pounds each, he proudly told me yes, but he had given me a 20% discount. People operating calculators and people understanding numbers is not the same thing.

I was interested to read this month that Mark Dawe, the CEO of the Oxford, Cambridge and RSA exam board (OCR), put forward the idea that using Google is akin to using a calculator and that we already have some open-book exams, so perhaps we should also allow the use of the internet in some exams.

There is a lot of sense in open book exams. For many subjects, the traditional exam model tests the ability to memorise names and dates and facts rather than understand events, put them into context and explain them. We wouldn't expect a mathematician to memorise logarithms or cosines so why do we expect chemists to memorise elements in the periodic table or historians to memorise the dates and names? Open-book exams make sense in some contexts, but an open-book exam and an open-Internet exam are not the same thing.

Some problems immediately spring to mind. For many questions, these days you can put the gist of the question into a search engine and might find a ready made answer. For example, a recent biology GCSE exam asked the student to "Describe how animals and plants are adapted to survive in dry conditions such as deserts". That is good in that it tests the student's understanding of concepts rather than the regurgitation of facts, but if that question was asked in an open-internet exam, simply putting "How are plants and animals adapted to desert" into Google gives a wealth of pages. The top result when I tried this question was from the BBC website and entitled "GCSE Bitesize: Adaptations for Hot Climates". Perfect! Even if you don't know the difference between a camel and a koola, you could probably take a stab at constructing a passable essay from those pages. 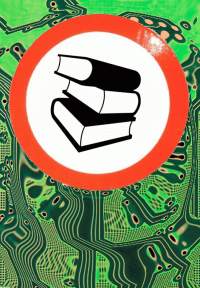