Dancing through the music

Scientists from Queen Mary College London and UCL have examined the evolution of pop music over the last fifty years, and claim there have been just three revolutionary phases. What do you think those phases might be?

Is today's music all the same? Is it more bland nowadays than when we were kids? Is there less diversity? Not so say the researchers who analysed thousands of songs and took an objective look at chord structures, harmony and timbre, and mapped how they changed with time.

The first revolution they identified was in the early 1960s when the dominant seventh chords common in jazz and blues music started to die out, along with the rise of the British bands in the charts, such as the Beatles and the Rolling Stones. The second major shift came in 1983 when synthesisers became mainstream. The third revolution, and the one creating the biggest upheaval, they say came in 1991 when rap and hip-hop burst onto the scene, leading to songs which did not feature harmony at all.

That may be a very objective scientific analysis but does it match your gut feeling? I would have said that a major revolution occurred in the 1960s, but that it was caused by the emergence of affordable and portable electronics for musicians. Today's guitarists have a huge range of effects pedals at their disposal, but the pioneering devices were items such as the Watkins Copicat which gave Hank Marvin's guitar its distinctive echoing quality, whilst the Rolling Stones brought popularity to the rasping sound of the overamplified guitars when they used the fuzz box in their hit "I can't get no Satisfaction".

Still no satisfaction for the Rolling Stones

I agree that synthesisers have also created a revolution in music, but perhaps not in the way you might first think. The early synthesisers were hugely impressive and exciting machines producing previously unheard sounds, mostly monophonic, mostly very expensive, and mostly beyond the means of young musicians. Nowadays, keyboards are relatively cheap, touch sensitive, they produce beautiful polyphonic sounds, and suddenly it becomes practical and affordable for small bands to incorporate a digital piano into the line up. Whilst early synthesisers focussed on creating unearthly sci-fi sounds, the modern keyboard produces a range of natural instrument sounds, pianos and pipe-organs, percussion, brass, woodwind or string, all available at a touch of a button. And crucially, unlike the grand piano, the digital keyboard can be packed into a shoulder bag and transported from gig to gig. It is this affordability, versatility, and ease of use which lets today's musicians incorporate a much broader range of sounds into the rock spectrum.

I would also say that a musical revolution started in 1996 when MP3 was invented as a standard for digital music and was a key stepping stone to the foundation of digital platforms for music distribution, such as Apple's iTunes in 2001, YouTube in 2005, SoundCloud and Bandcamp in 2007. Digital platforms make it cheaper and easier for small bands to self-publish, and that leads to more diversity of music, more risk taking, because musicians are not being constrained by the conservative commercial imperatives of the record label.

The evolution of dance

Each to their own. What is indisputable though is that music does not stand still. 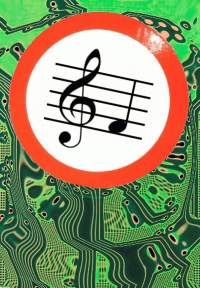