Twenty years on from the launch of Windows 95, July 29th has been set as Windows 10 launch day, a move which computer makers hope will inject some life into the world's retail markets, and web designers hope will push more people towards web standard browsers.

The current version of Windows, Windows 8, is probably the worst received version of Windows to date. Each new version of Windows has had niggles, but with version 8, Microsoft decided to completely reinvent the interface, to embrace touch screen technology, and to turn your desktop into something that resembled a giant mobile phone. Even Vista didn't have such bad press. Because of the way Microsoft retires its older operating systems and practically forces Windows 8 onto the customer, many people have held off buying new PCs and clung to ageing hardware and older versions of Internet Explorer simply because that older kit has a more familiar Windows interface. Windows 8 was blamed by retailers for the incredibly poor sales figures last Christmas.

Windows 7 and Windows XP both still have more users than Windows 8. Windows 10 will, hopefully, reverse that trend and will deliver an operating system which makes good use of modern hardware whilst having a user interface much more akin to Windows 7, and bringing back the much missed Start button.

In an effort to get momentum behind the new version, once Windows 10 is released, Windows 7 and 8 users will be offered free upgrades. That will be good in that it may stimulate interest in the PC market again, but retailers must surely worry that this will also prolong the life of some of those PCs and give many users further reason not to purchase new hardware.

For web developers, getting people off older versions of Windows is important because it gets people using up to date versions of browsers, which are much more standards compliant and allow us to develop web sites using more modern features. Currently, versions 8, 9, 10 and 11 of Internet Explorer are all in regular use and building sites to support all those browsers adds to development costs. Microsoft has a new browser, named Edge, which will be included in Windows 10 and which is much more streamlined and has much better implementation of modern web standards. Hopefully, this will quickly replace older version as the preferred choice by Internet Explorer users. 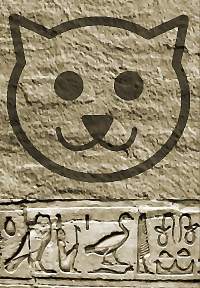