Research finds that over 50% of us regularly use reviews on websites and find them useful when deciding between products, and 80% of us admit to having changed our mind after reading a review, but research by the Competition and Markets Authority (CMA) and the BBC shows that the integrity of some website reviews leaves a lot to be desired, and the regulator is now making it known it is cracking down on this practice.

Many websites have review sections, whether that be specialist review sites like Trip Advisor, or reviews of the products the site sells such as you will find on many retail websites like Argos, Currys, and Amazon. The UK regulatory body, the CMA, estimates that as much as Ł23bn of consumer spending is influenced by reviews on websites and has launched an investigation into a number of unnamed companies and their use of undisclosed paid-for endorsements and fake reviews on websites.

The problems uncovered by the CMA review included the practice known as "astroturfing", where companies write fake grass roots reviews about themselves, and fake negative reviews about competitors. It also found that the impartiality of review sites could be compromised by the commercial need of the review site to make money through subscriptions, click-throughs, and adverts. This has led to some review sites cherry-picking positive reviews, or holding back negative reviews. The CMA is also concerned about companies making undisclosed payments or gifts to high-profile bloggers in exchange for seemingly objective, impartial and honest endorsements. The CMA report said "We have seen examples of suppliers paying bloggers sums of between Ł100 and Ł500 in return for a blog post about a product or service, and up to Ł50 for a pair of tweets".

The BBC conducted its own investigation into the global market for fake reviews and spoke to students in Dhaka, Bangladesh who get paid around Ł3 for creating a fake identity and writing a fake positive review on a website. The most disturbing example it uncovered of a fake review was posted about a loans website, under the name of a young woman who had been killed in a car crash seven years ago, and which used a photo of her which had been taken from an In Memoriam page.

Companies can also be on the wrong end of fake review, and research by the Online Reputation Management company, Ignyte, indicates 51% of UK companies have suffered from fake reviews in the last year. 13% of companies feel the problem is getting worse, and about the same number admit they don't know how to deal with it. Sometimes they occur because a single customer who feels he has been unfairly treated goes on the rampage and becomes obsessed with generating negative impressions, sometimes it is other businesses setting out to harm their competitors, and sometimes it is simply blackmail.

So fake reviews are a problem, but at least some reviews are seriously funny. Where would we be without reviews like these

Computer Cable:
The cable knew where to go, and hooked itself into the correct ports without help from me

Flower Shop:
The company refused to send me free flowers for my birthday. I just don't understand this. The coffee shop gives me free coffee. This company ruined my birthday.

Restaurant:
Good food but not happy about the rat that ran right by my table. Two stars.

Taco Bell:
This was the worst MacDonalds I've ever been to.

Blue Rock Candy:
This kicks like a mule with its balls wrapped in duct tape.

Restaurant:
Food was okay I guess but the waiter ended up sleeping with my wife. Three stars.

Translation App:
I can to communicate are better using it. It works well for the benefit of use to translate. Gently massage my grandmother. 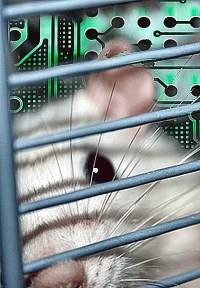