Organics versus the machines

What does a bear do in the woods? It gets seriously stressed out when it sees a camera drone?

Scientists studying bears at the University of Minnesota have fitted tracking collars to some of the local black bear population so that they can study movement patterns, feeding habits, and general health of the bear. They had the good idea of fitting a camera to a drone so they could observe a bear safely, from a quadcopter hovering some 20 meters away, but the information they got from the biomonitor in the bears' collars came as a great surprise.

Most bears will stand their ground when the copter appears, but the biosensors showed that internally the bear was under great stress. In one case, a female bear's heartrate leapt from a healthy 41 beats per minute up to a seriously dangerous 162 beats per minute. In another case, the GPS tracking showed a bear was so freaked out by the drone that it ran 6.8 miles, far outside its normal territory. Without the logging data, the scientists admit they would have thought they most bears were indifferent to drones. It reminds us that we should all take care when interacting with wildlife, and that what seems harmless to us is not necessarily seen that way by the creatures. When undisturbed, bears can have fun though. This video just uploaded to YouTube is sure to go viral.

Where drones are concerned, not all of the animal kingdom is content to run away when their personal space is invaded. This YouTube video shows how quickly a drone can be downed.

A direct confrontation occurred between man and machine in Hillview, Kentucky recently. William Meredith's Sunday afternoon was interrupted when his young daughters came in to say a drone kept hovering over them in the yard, (which is surrounded by a six foot tall privacy fence). Meredith's neighbour, Kim Vanmeter was also concerned to see it hovering over her own yard and possibly taking pictures of her 16 year old daughter who was sunbathing by the pool. When Meredith went out to see for himself, he says the drone was about 10 feet off the ground, so in true US fashion, Meredith fetched his shotgun and blasted the drone while it was hovering directly over his property.

The operator was upset that his quadcopter had been shot down and first attempted an angry doorstep confrontation with Meredith before deciding it was safer just to call the police, complaining that his $1800 machine had been destroyed. The police arrested Meredith on the charge of firing a weapon inside city limits and he spent Sunday night in the local jail. Meredith is unrepentant though. "We don't know if he was looking at the girls. We don’t know if he was looking for something to steal. To me, it was the same as trespassing."

The drone pilot's side of the story is that he was taking a photo of a friend's house, and claims he has telemetry evidence to prove his drone was airborne for just 23 seconds. It is hard to square that 23 second claim with the timeline provided by Meredith or his neighbours, or why it was hovering over the backyards of houses contrary to FAA regulations. Unfortunately, the drone and its SIM card which would have held the video evidence was returned to the owner by the police. 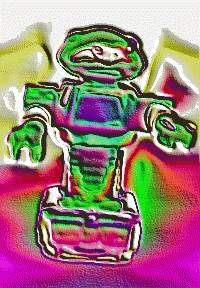