The future starts when?

Each version of Windows has an advertising slogan dreamed up by the marketing men. Have you noticed the Windows 10 slogan, and did past versions live up to their taglines?

The earliest Windows slogan I remember was for Windows 3.1 which was subtitled "Making it easier", but perhaps the most famous of the Windows family of taglines came with Windows 95 which was launched with great fanfare and the marketing slogan "Where do you want to go today?" That was also memorable because the legal department of Microsoft in Germany wrote a complaint to Linux after it used the satirical tagline "Where do you want to go tomorrow?"

Windows 98 boldly stated "It just works better" but in the oft forgotten Windows ME, that was shortened to "It just works" which could be read one of two ways depending on which word had the emphasis. Along came the excellent XP with the abstract "Yes, you can". Actually, XP's slogan was going to be "Prepare to Fly" but that line was scrapped in the wake of 9/11. Vista used "Bringing Clarity to your world" and also "The most secure version of Windows ever" although surely each new version ought to be the most secure version ever. Windows 7 probably made similar claims, but its tagline was "It all starts with a Windows 7 PC".

Windows 8 said "Windows reimagined" which is true. Few ever imagined Microsoft would do so much to alienate desktop users. Microsoft also marketed Windows 8 with the slogan "One Experience for Everything in your life". Actually, just the opposite was true, as people rapidly realised that Windows was not the only game in town, with Android and Apple over-running the mobile market and proving it really didn't have to be Windows everywhere anymore.

So what has the focus group dreamed up for Windows 10? Its the sparklingly unoriginal "The future starts now". You will need to check back in 2025 to see if that promise came true or if it was a case of premature expectation.

Whether accurate or not, "the future starts now" is not likely to be the most memorable tagline in marketing history. In the technology sphere, Apple's visionary "think different" really did reflect the direction of Apple Computing, and who could forget the superb line from Yellow Pages of "Let your fingers do the walking".

But alongside these lines from corporate giants, there should be a place in history reserved for Sofa King of Northampton. This small furniture store in the midlands ran with the slogan, "Our prices are Sofa King low". In 2012, a full nine years after it began trading under this banner, it was contacted by the Advertising Standards Authority who pointed out that this strapline could not be used in advertising because "it could be interpreted as a derivative of the swear word fxxx". 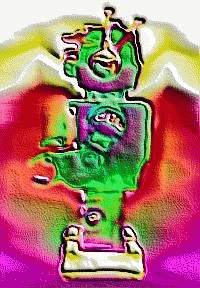