Did you know that using an online music streaming service such as Spotify is too nerdy for most people? British company Electric Jukebox say this is why you need their electric jukebox on a stick which is due in the shops any day now.

The Electric Jukebox consists a small plastic stick that plugs into the HDMI socket on the back of your TV, along with a hand held controller. It connects to your WiFi router and a couple of minutes after installation, your TV can be used as an electric jukebox with access to all the world's music. The menu screen has just three options, those being My Music, which is your own personal favourites, Discover, which gives you "curated" lists of music, and Search, where you press a button on the remote, say the name of the artist, and it retrieves the list of matching material. So full marks for making it simple, and releasing it in time to be in the shops for Christmas, but is there a market for the product?

The first stumbling block is price. In the UK it will cost Ł179. That's a lot of money for something that plugs into the back of a TV, and its as expensive as some of the 24" TVs currently on sale in the major retail outlets. That's a lot of money up front, but it does give you unlimited access to all the titles you could dream of.

However, that's not quite a one-off payment. That covers the cost of the device plus the first year of subscription. After that, there is a subscription cost of Ł60 per year, which itself is perhaps more than people expected, especially as you still don't end up owning any music should you decide not to renew your subscription, or if the service fails to make a profit and is discontinued. When it is lined up against products such as Chromecast for Ł30, or the well-established Amazon Fire TV Stick for Ł35 which similarly plugs into the HDMI port and provides TV and more, you are left thinking that Electric Jukebox has priced itself out of the market.

How much would people really use this device once the novelty had worn off? My DAB radio finds a dozen music channels, all free to air but I can only listen to one at a time. My freeview TV also comes with numerous radio channels, all without any complications of needing access to the internet. YouTube and SoundCloud are awash with really great music and you don't need any nerdy credentials to use those services on a PC, a tablet or a phone. A lot of people listen to CDs while driving, or use an MP3 player whilst working out in the gym, something the Electric Jukebox plugged into a TV and tied to your WiFi could never do. The Jukebox offers curated channels in particular genres, but how is that any different to listening to a specialist radio station such as, say, Jazz FM?

Perhaps most enlightening though was the reaction on the comments pages of the news sites that reported about the Electric Jukebox. Some of the almost predictable responses from readers were were "99.9999% of music of the 21st century is not worth listening to" and "Music has already been done and all the awesome stuff is old". Things like that are painful to read, and no, that wasn't Daily Mail readers. Those quotes are from the readers comments of the BBC's website.

There are thousands of almost unknown bands in the UK who never get the airtime they deserve and there is some truly awesome new music being produced every day. Technology can make music more accessible, but it can't do much about our prejudices. 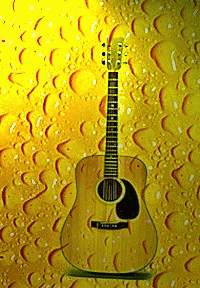