What's in a name?

Lincoln MP, Karl McCartney has come under fire from his local newspaper, The Lincolnshire Echo, which revealed that he had asked the Parliamentary IT services to spell his name correctly.

McCartney's problem is not, as you might expect, a confusion between Mac and Mc, but rather that he feels the correct spelling requires the small C to be "floated" upwards, to be level with the top of the capital M.

Reports uncovered by the Lincolnshire newspaper reveals that this change would cost Ł15,000 or so to implement. Others have rubbished that idea and said it is simply a matter of installing the correct font, and to be fair to Mr McCartney, he says it was a matter he raised five years ago when first elected, and that he simply made enquiries to see if it was possible rather than demanding it happen whatever the cost. Mr McCartney says "I have had to constantly remind people throughout my life about how my name is written, and I would like people to do it the right way".

But is that the right way? Written English consists of 26 letters, and a limited number of punctuation marks. We use capitalisation to help convey information such as where sentences and reported speech start, and which words are proper nouns, which words are acronyms, but that's about it. A floated C isn't pronounced any differently, and it doesn't mean anything different. Its just a relic, an affectation.

We did once regularly use upwardly floated text for the letters used to represent ordinals, as in 1st, 2nd and 3rd, but does anyone ever complain that the modern representation of those unfloated is somehow wrong? Actually, I expect some do, and they'll claim they are purists, but language should be about clarity of communication, not tradition.

Still, it is his name, so shouldn't we make an exception and write it the way he wants it? Well,... no. What about the people who think its cool and trendy to only write their name using lower case letters, or to write every alternate letter as a capital? Isn't that equally arbitrary? To take that further, suppose someone said that their name should only ever be written in green ink, or insisted it should only ever be printed using Comic Sans font. They might use the argument, "It is my name, it is up to me to decide how it is written, and computers these days are quite capable of doing that", but that's not what a name is. Your name is a sound. Your written name is a shared system for conveying that sound, not a graphic design belonging to the individual.

A floating C creates more subtle computing problems too. Its not just a case of using a font with an appropriately floated C. Look at your keyboard. How would you type a floating C? There is nothing on our UK keyboard to let us easily enter that. If it is represented as a different keystroke, a different character, where does it come in the alphabet? When we have to arrange names into alphabetical order, do we put names with the floated C before the normal C, or after? If we write the name in block capitals, (as requested on, say, your passport application, or embossed into your credit card), is the uppercase of the floated C still a floated C, or is it just a normal C?

Right now there are countless people who live and work here in the UK with surnames originating in France, Poland, Finland, Norway which would sometimes have accents, tick marks on the stem of the D, diagonal lines through the letter O, numerous rings and double-dots above letters. But when in the UK, they are all happy to use our nearest English equivalent.

Most of us simply wouldn't be able to pronounce Greek or Russian names in their original lettering even though it is closely related to our alphabet. Think about how many people you know where their name comes from India, Thailand, China or Japan, and how utterly impossible it would be for you to even guess the pronunciation of their names if written "correctly" in the original script.

We should be celebrating the fact that all these peoples find the basic written English alphabet flexible enough and neutral enough to allow everyone to represent their name in a way that everyone else can use and understand, on paper, on a computer, and when giving it over a phone. MPs, of all people, should embrace that. 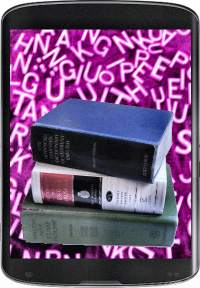