Should we limit the use of the word "unlimited" in adverts? If you have to look at the small print to find out what unlimited means, you can be sure it doesn't really mean unlimited.

Microsoft has announced a revision to its terms and conditions for Microsoft OneDrive. Where previously it had offered unlimited storage, it is now revising that to say users can have up to one terabyte of storage, (one terabyte being a thousand gigabytes is still a lot of storage). The reason for this change is that some users took Microsoft at its word and assumed unlimited really did mean unlimited, and in the worst case, one user has used 76TB of online storage.

For users who have exceeded the 1TB limit, Microsoft has given them a year to find an alternative and move their data before it deletes them, but for the user who has 76TB, that means they have to download and move around 200GB a day, each and every day, for the next twelve months.

76TB is a lot of data. A massive 4TB drive costs about Ł100, so think of 76TB as 19 of these high capacity drives, about Ł2000 worth of hardware, not to mention the cost of backup drives needed to ensure the data remains safe, and the ongoing cost of electricity to power it all.

When someone has that much data, its likely that most of it is stored but never used again. But nevertheless, if you sell a product as "unlimited" people are entitled to think you mean that. The user who racked up 76TB of storage has done nothing wrong. The fault really lies with Microsoft's marketing department who decided that the word unlimited had much more marketing clout than spelling out in advance what the limit was going to be.

Broadband companies have been notorious in the past for using unlimited in their advertising, and the small print usually says "subject to our Fair Usage Policy (FUP)". For example, a year ago BT used to advertise one of its products as unlimited, subject to an FUP limit of 100GB per month, which is a very clear and definite limit and a quite different definition of unlimited to the one you and I use. BT should be commended however on revising its contracts so that now there is no mention of FUP, and both its broadband and Openzone products do now offer unlimited usage.

In fact, most UK broadband providers are now much better at using unlimited in a fair way, although most of them now impose a throttling restriction instead. When you exceed what they quietly consider a fair amount of usage, and when demand from other users is high, they slow your connection down rather than impose a usage limit.

One thing is clear though. No matter how cheap disk is, or how cheap optical cable is, extensive and generous isn't the same as unlimited. If you need to put a caveat in the small print, it isn't unlimited. 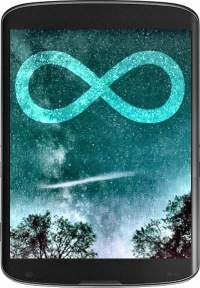