Politicians in the Internet Age

Republican hopeful Donald Trump seems set to follow in the footsteps of George W Bush and Ronald Reagan in making public pronouncements which you would think make him unelectable.

Donald Trump is to American TV audiences what Alan Sugar is to the British, the man who likes to say "your fired" on The Apprentice. Speaking about that show, he made the toe-curling quote "All the women on The Apprentice flirted with me, consciously or unconsciously, that's to be expected". Now that he is trying to win the place as the republican candidate for the 2016 US Presidential Elections, his utterances are more public, and more disturbing.

On The Late Show he said that if elected that he would build a thousand mile wall along the Mexican border, (someone should really point out that the border between Mexico and the US is two thousand miles long), and that he thinks the US should impose a complete ban on Muslims entering the US "until the situation was better understood". Here in the UK, this comment has resulted in an online petition on the Parliamentary website calling for him to be banned from entering Britain, which has attracted a record breaking 564,420 signatures.

His repeated comments on the internet also leave us agog. Trump has said that this technology is being used to radicalise young people and should be shut down, adding that he would speak to Bill Gates about getting it turned off. When asked by rivals to explain further he has said that obviously we don't turn off the whole internet, only where we are at war with somebody, so they "can't use our internet".

The internet and the world wide web are two of great socio-technological breakthroughs of the 20th century and have become integral to our lives. It is shameful that a candidate for one of the most important political offices on the planet seems to have no clue how the internet operates, and even worse that he thinks it is America's property, and that Bill Gates invented and is in charge of it.

Similar claims of ignorance of the technology have been levelled at a judge in Brazil this week, although here I feel more sympathy for the public official. Prosecutors in Sao Paulo, Brazil, are trying to build a case against a key figure in a dangerous criminal drugs gang and wanted information on his WhatsApp account. WhatsApp is owned by Facebook and provides an alternative to SMS messaging. The prosecution obtained a court order back in June which demanded WhatsApp hand over the details but WhatsApp refused. The court repeated its demand and WhatsApp continued to refuse. WhatsApp was fined by the court, but still refused to hand over information. It is not at all clear why WhatsApp felt it was above the law, but under Brazilian law, the judge felt he was left with no other option but to exercise the power of suspension of the service, and instructed the local ISPs to block WhatsApp for 48 hours.

Brazil has a population of 200 million people, and various figures claim that between 50% and 90% of them use WhatsApp. When the service was suspended there was uproar. Within hours, there were angry protests in the parliamentary chambers where congressmen demand to know "what about our right to communicate?" The injunction was quickly over-ruled by a more senior judge who said that blocking the app was not an appropriate solution, it was disproportionate and affects millions of users, and instead recommended that a larger fine be levied.

I feel it is dangerous that a company can so blatantly disregard a court order and shrug off fines. In this case I wonder why the directors of WhatsApp Brazil are not personally held liable for contempt of court. Some have also asked why, knowing the uproar it would cause, why the phone companies so willingly went along with this ruling and blocked WhatsApp without challenging it, and others have answered that SMS usage, a once-lucrative service to the phone companies, has plummeted since WhatsApp appeared offering a free alternative. Cynical? Perhaps. 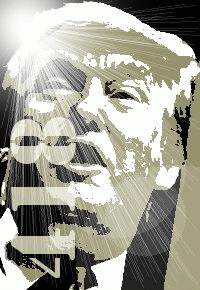