Are we too dependent upon technology?

We live in an age of computers. Take away the computers, and it does more than set us back to the 1950s. Sometimes we find we just don't have a back up plan.

Fans of smart meters tell us how marvellous they are, how you can control your home from your mobile phone, and take control of your heating costs. One such popular smart system is Nest, and recently it hit a glitch which caused some shivering customers to get hot under the collar. An update was sent out to the machines in December, but a bug in the software did not become apparent until the new year when some devices stubbornly refused to allow the heating to be turned on.

The solution published by Nest starts with what is, essentially, "try turning it off and on again", although even that, these days, involves more than a mere mechanical switch. If that doesn't work, the recovery plan involves removing it from the wall and charging it via a USB socket before rebooting it and getting it to reconnect to the wifi. Oh for a reliable low tech mechanical thermostat.

Ukraine suffered a series of power outages on December 23rd affecting seven substations and 80,000 customers for six hours. Experts in industrial control systems such as Michael Assante of NexDefense Inc believe this was down to malware attacks. "After analysing the information that has been made available by affected power companies, it is clear that cyber attacks were directly responsible for power outages in Ukraine" said Assante. Other US security researchers have supported this and say it was likely caused by a Russian hacker collective known as The Sandworm Team, which has also been linked to espionage activities.

Over in the USA, there was considerable disruption and long delays to air travel on January 14th after a data centre used by one of the airlines went offline as a result of power failure. In this case it appears to have been a problem during maintenance which disrupted power supplies rather than malicious intent, but it does seem surprising that such a mission-critical operation can be disrupted by a single point of failure.

The airline industry has long used automation to improve safety and to take human error out of the equation, but a report this month by the US Department of Transportation questions if pilots are still able to fly these large aircraft when automated systems fail. To address this growing concern that pilots are relying too much on automation, Airbus now insists that its customers (the airlines) train their pilots to fly the aircraft manually, without any computer assistance.

On a typical modern aircraft, computers control 90% of the flight. Normally FAA rules say that planes must be manually controlled below 500 feet. With all the advances in technology, the faster, cheaper processors, the lighter weight of electronics, and the sophistication of radar and global positioning systems, it is natural to ask how long it will be before we are able to have fully automated planes which simply fly themselves and cut out all possibility of pilot error. It may surprise you to know that the first fully automated flight took place back on 25th May 1972, over 40 years ago, when a Lockheed Tristar, advertised at the time as the world's quietest jet, took off from Palmdale Airport, California, navigated the coast to coast route, and landed at Dulles International Washington, all without a human hand touching the controls.

There is a joke among pilots that soon the crew of the flight deck will consist only of the pilot and a dog. The pilot's job will be to feed the dog. The dog's job is to bite the pilot if he tries to fiddle with any of the controls. 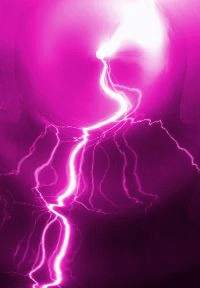