For all its success as a global brand, YouTube still has a problem. It made four billion dollars in advertising revenue last year,... and still didn't break even

We've had home video and programmes like You've Been Framed since the 1980s, but online video really only became a social phenomenon eleven years ago, in 2005, when three former PayPal employees got together and built YouTube. Google was quick to spot the potential of video and bought YouTube in November 2006 for $1.6 billion, and since then has worked to make it the dominant video service.

The biggest impact of YouTube on the video mindset was surely that it did away with codecs as far as the end user is concerned. You click on a video, you watch the video. You don't have to try to work out which of the dozens of possible video formats your machine uses, you don't have to worry if you have a PC or a Mac or whether or not you have QuickTime installed. Video just works, the way web pages themselves should just work.

The other hurdle that YouTube overcame was the cost of video hosting. In 2005, servers capable of delivering the bandwidth and volume needed for video were expensive. They still are, but YouTube takes advantage of Google's huge infrastructure to give economy of scale. In 2005, ISPs cringed at the bandwidth-gobbling video traffic going over their landlines. Now they positively encourage smartphone users to create them, and to watch them, and to upgrade to a higher bandwidth plan to make sure they never miss another Justin Bieber clip. Video files are bigger than ever. The very first video uploaded to YouTube was a mere 18 seconds of video. Today, a compressed video is in the order of just 10 to 20MB per minute, and still takes an age to upload, but modern broadband speeds can cope with that.

The most watched videos on YouTube in 2015 still tended to be, overwhelmingly, music videos, movie trailers, cat videos, and videos about computer games. The length of most pop songs fits in well with people's attention spans, and the most watched video of all remains Psy's "Gangnam Style". Some popular gems of 2015 included the OK Go video "This too shall pass" which I like because it is real and tangible and CGI-free:

And away from pop culture, you have to admire this video featuring Barack Obama. You cannot imagine a British politician carrying this off with such natural grace.

But for all its success, the more Google tries to monetise the site, the more it seems to alienate its users. It has tried ads which overlay the video and leave you searching for the close cross, it has tried the intensely irritating pre-roll adverts which you must watch for 15 seconds before you can proceed to your chosen item, and it has turned on autoplay by default so that it will continue endlessly playing videos and adverts, even if you have gone downstairs to answer the front door. It even tried integrating it with Google Plus and making it a social network. Some YouTube comments are hilarious, but rarely are they social. YouTube has become a great hosting platform, a great way of storing videos which you can embed into web pages, but that isn't a revenue-generating strategy.

Now it faces competition from Facebook. Facebook now lets users embed videos in their pages, but unlike Google, Facebook is not trying to monetise the video. Instead, Facebook users are themselves the product, and it regards video simply as another way of getting people to sign up, to visit pages, and to click buttons. The longer users spend on site, the happier Facebook is.

From near zero just a few years ago, Facebook claims it is now delivering a staggering eight billion video views per day, and research during 2015 from ComScore shows that Facebook has now surpassed YouTube in terms of number of video deliveries. Interestingly, Google says for its part it is now focusing more on quality content than about sheer numbers of hits. 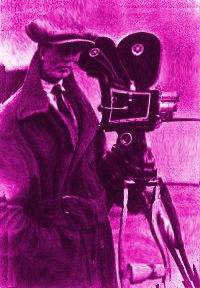