A malware threat is currently circulating which poses as messages containing links to pictures on social networking sites such as MySpace and Facebook. Typical come-ons involve messages such as "Wanna see my pictures before i send em to facebook?". Clicking on the link takes the user to booby-trapped websites.

Unusually, the malware changes these messages according to the language of the affected operating system used. If users follow the link in the message, the rogue website they visit attempts to install a "bot" onto their PC. The bot will presumably be used later for any number of nefarious purposes, such as using your computer to mail out thousands of spam messages, stealing your ebay and hotmail passwords, or recording information you enter when using an online banking site. 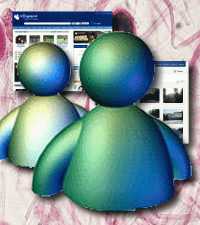