Playing chicken with robots and sheep

Oxford University's Robotics Institute has completed the UK's first test of a self-driving car on public roads when a small electric vehicle in Milton Keynes autonomously completed a 1.6km circuit on the pavements around the town's railway station.

The public response to the Milton Keynes experiment, the result of 18 months planning and negotiation with city authorities, was said to be overwhelmingly positive, and the results will feed into a wider series of trials across the UK, including, it is hoped, tests in London and a motorway during 2017. The government aspires for the UK to be a world leader in driverless car technology. Not only is it funding research programmes, it has also set up consultation programmes to discuss the changes needed to insurance requirements and motoring regulations to accommodate the autonomous vehicles, with the objective of allowing driverless cars to be a legal reality by 2020.

Cities such as London suffer traffic congestion and pollution from the flow of delivery vans and trucks needed to keep the city stocked. Electrically-powered robot vehicles open up new possibilities for addressing these problems. Once the driver is removed from the equation entirely, the space previously taken up by the driver can instead be used for cargo, and considerable cost savings can be made once you realise you don't need seats, seatbelts, hot and cold air blowers, a coffee cup holder and a radio. You also don't need much of the substructure of a traditional vehicle which is designed as a safety cage for a driver, and you can construct the vehicles using lightweight polycarbonate materials which results in reduced running costs.

A new enterprise, Charge, is developing box-shaped robotic delivery vans which, they say, can be assembled from pre-fabricated components by just one person in just four hours. Charge plans to open a factory in Oxfordshire in 2017 where shifts of ten people aim to assemble 10,000 trucks in the first year.

One of the selling points of robot vehicles is that they will be much safer because of their untiring collision avoidance mechanisms, but this could also be their achilles heel, according to Adam Millard-Ball, an environmental studies professor at Santa Cruz, California. Initially, driverless cars will be safer. If a distracted pedestrian steps out on front of them, the lightning reactions of the software will detect this and take avoiding action. But, Millard-Bell points out, once autonomous cars are prevalent, and we realise that robotic cars cannot hurt us, there will be no incentive for pedestrians to give way to them. The cars will be bullied by the pedestrians, and this could result in even worse gridlock with electric cars paralysed by people.

Next time you are at a traffic light, watch how many pedestrians fail to wait for the green man before crossing, or play chicken with the drivers by dashing across when the lights have just changed. Now ask yourself how many pedestrians would respect the signals at all if they knew they could walk into the road with impunity.

Once you start thinking of those scenarios, thoughtless human behaviour becomes more and more of a problem. Imagine the problem of two people who have stopped in the middle of the road for a chat and are oblivious to the world around them. Imagine the person who stands in front of the robot bus because he has unilaterally decided to make it wait for his friends to arrive. When there are no consequences, humans become selfish creatures.

And once robot cars can cope with humans, then there are the sheep,... 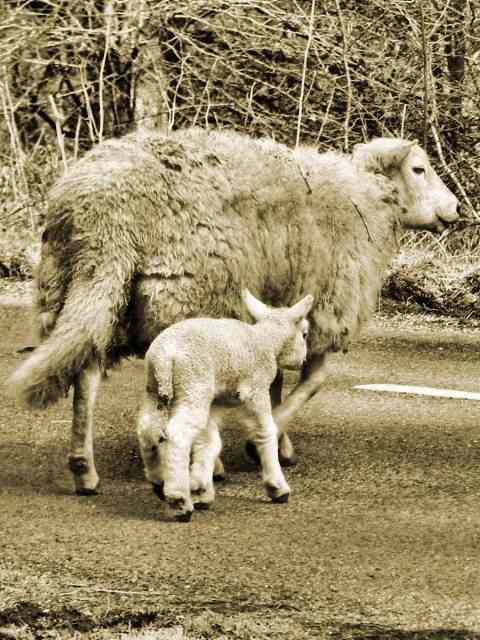