During 2016, 350 million photos were uploaded to Facebook each day, and around 300 hours of video were uploaded to YouTube every minute. Fifty years ago, the camera was brought out for special occasions. In 2017, billions of us take photos every day. But who made that possible?

This year's Queen Elizabeth Prize for Engineering has been awarded to three engineers, Michael Tompsett, Professor Nobukazu Teranishi, and Professor Eric Fossum, who between them laid the foundations of modern digital photography.

British-born Michael Tompsett was working for Bell Labs in 1971 when he realised that the Charge Coupled Device (CCD), which had been designed originally as a form of computer memory system, had optical properties which would make it usable as an image sensor. In 1980, Professor Teranishi invented the pinned photodiode, a development of Tompsett's CCD sensor which allowed much smaller optical detectors with low electrical noise and high efficiency. The pinned diode array is used as a sensor in almost all modern cameras. Professor Fossum's contribution was that back in 1963, he invented CMOS technology, a method of fabricating complex integrated circuits, as a result of which the entire digital camera circuitry can be built onto a single low-cost chip for easy incorporation into cameras, phones, webcams, even robots.

Modern digital cameras would not be possible without their pioneering work, and it is good to see them recognised and rewarded for their efforts which has turned photography from a specialist hobby into something that billions now enjoy. Many people might be surprised though at how long photography existed before the digital revolution, and at the extraordinary quality of some of the surviving early photographs.

Photography was originally based on black and white film, and many of the iconic shots of the 20th century have been powerful monochrome images. We tended to think of colour photogpraphy as a relatively modern invention, but the process needed to create colour film was invented back in the 19th century, and the separation of the process into three colours is still the basis of screens and printers today. One of the pioneers of this field was Louis Arthur Ducos du Hauron. In 1878 he published the first landscape photo of the world in colour:

The last few years have seen the emergence of the low-cost drone quadcopter sporting modern miniature digital cameras and this has created considerable interest in aerial photography, but British meteorologist E D Archibald attached a camera to a kite for aerial photography as long ago as 1882, using an explosive fuse as the timer for his camera. The oldest surviving aerial photograph is even older. It is this stunning picture of Boston, Massachussetts, taken from a hot air balloon by James Wallace Black in 1860.

You may think of the selfie as a modern phenomenon, but back in 1839, Robert Cornelius of Philadelphia posed motionless in front of his camera for a little over a minute to take the first known photographic self portrait.

That is a well composed photograph, and the detail is such that you can count the bricks in the walls. Remember, when you look at this photo, that not only did Talbot have to have the photographer's eye to capture that scene, he also had to have the chemistry skills to invent the photographic process, he needed to manufacture his own "film" using glass plates, and he needed the woodworking and engineering ability to design and build a camera from scratch, complete with a lens which focussed correctly on the plates. Unlike many of his contemporaries, much of Talbot's work remains preserved and intact, and has been acquired by the Bodleian Library of the University of Oxford which has digitised all the images and recently put the entire collection online. 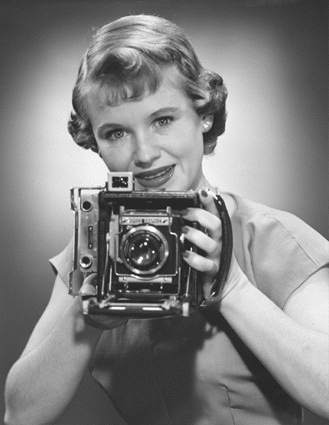