It was perhaps inevitable following the recent London attack, that politicians would display the now common knee-jerk reaction and call for less online privacy and more mass surveillance capability.

Police investigations following the Westminster attack revealed that the attacker, Khalid Masood, used the popular encrypted messaging platform, WhatsApp, shortly before launching his attack. The Home Secretary, Amber Rudd, appeared on BBC1's Andrew Marr Show. Marr began the interview referring to this use of WhatsApp and stating that "if we knew what that contact was, and what he said, we'd know a lot more", and after explaining to the viewers that WhatsApp provides end to end encryption, said "and that is what a lot of people think terrorists and others are using. Can I put it to you that that situation is now completely unacceptable?"

Rudd was, of course, only too happy to agree with Marr, and several times talked about secure messaging as providing places for terrorists to hide, and stated "We need to make sure that organisations like WhatsApp don't provide a secret place for terrorists to communicate. It used to be that people would just steam open envelopes or listen in on a phone when they wanted to find out what people were saying" and added "We need to make sure our intelligence services have the ability to get into situations like encrypted WhatsApp".

There are several flaws in this rhetoric. The police have already stated that they believe Masood acted alone and was not part of a terrorist cell, a view repeated by the Home Secretary both at the start and end of the interview. It has also been revealed that Masood, like many others, was already known to the intelligence services but not considered to merit any form of surveillance. This means a backdoor into a weakened WhatsApp would still not have made any difference to the outcome of last Wednesday's attack because nobody was listening.

Why then, would Rudd launch this attack on privacy in the wake of the Westminster attack? Major General Jonathan Shaw, the former chief of cybersecurity for the Ministry of Defence, told Radio 4's Today programme: "There's a debate in Parliament about the whole Snooper's Charter and the rights of the state. I think what they are trying to do is use this moment to nudge the debate more in their line".

Rudd's call for insecure backdoors into otherwise secure private messaging systems used by countless millions of people and businesses has met with broad opposition from security experts. Tony Anscombe, Senior Security Specialist at Avast, said: "It would be naive of us to think that by removing the public methods of encryption which we use to protect our identity, our freedom of speech, and to keep us safe from persecution, that those terrorist organisations will not develop alternative methods to encrypt their communications. If this were to happen, we'd only be pushing these people further underground, presenting a greater challenge to security intelligence services." 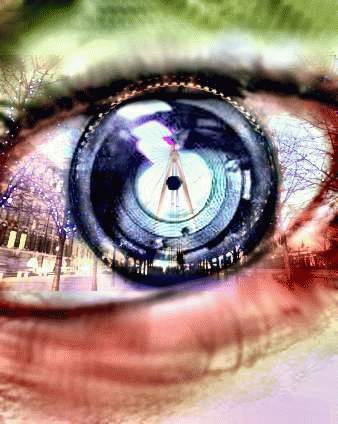