The economy looks set to dominate 2009 and the world of computing and the internet will not be immune so we may see some changes in the way the market operates in the coming year. But if that stops large organisations throwing public money around like confetti, that can't be a bad thing.

Laptops are taking over the desktop
Laptop and notebook computers have always been highly desirable commodities, but with falling prices and improving technology, the laptop now outsells the desktop on a global basis.

The cost of community
Facebook, MySpace, and Friends Reunited have all been held up as models of community-based websites, but in the tough economic times of 2009, the cost of social networking can expect to come under scrutiny.

Unbiased praise?
I frequently say we shouldn't believe everything we read on the internet, and now I'm going to add "especially if it is about a politician".

No end to the internet scams
Surely by now everyone on the planet has heard of the Nigerian 419 fraud, yet the spam mails promising millions of dollars continue to roll in on a daily basis, and the reason they continue is because gullible people keep falling for the scam and rewarding the scammers big time.

Robber rumbled on Facebook
New Zealand police are claiming their first arrest resulting from information received via their page on Facebook. 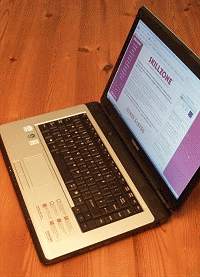