The next version of Internet Explorer is almost upon us, although Microsoft is saying little about the exact release date. Meanwhile ICANN has decided to rethink what it has to say about domain names, whilst a teenager from Essex might wish she'd had a rethink about what she said on her Facebook page.

IE8 is waiting in the wings
It doesn't seem that long ago since Microsoft brought out Internet Explorer 7, but another new version, IE8, is due to be released any day now. Some of you may have already spotted references to IE8 in your traffic logs, from the extensive testing we have been doing on our sites with beta versions of the program over the past year.

ICO finally bares its teeth
At the start of March, the Information Commissioners Office made its first use of an Enforcement Notice to shut down a Droitwich firm which it said was running an illegal database of workers in the building trade.

ICANN agrees to delay new domain names
ICANN has backtracked over its decision to introduce additional top level domains after coming under pressure from big businesses, trade mark holders, and even the Vatican.

An over-reaction to Facebook?
An Essex teenager was given her cards after describing her job as "boring" on her Facebook page. Were her employers justified in that action, or have they over-reacted?

Realism and Hollywood
Computers have had profound impact on many areas of our lives, and one of those is in the special effects departments of Hollywood. But is that really a change for the better?

When is a bug not a bug?
The world of computing often resorts to biology when it wants the name for something undesirable so we have bugs, viruses and worms. But sometimes the bugs are more biological than you might expect. 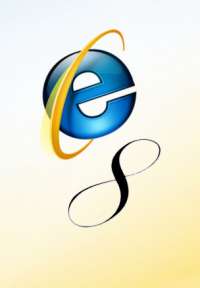