If you are still running computers fitted with Windows XP and thinking it is time to upgrade to new machines and Windows Vista, you might want to hold off until the autumn when Windows 7 will start to become available.

Windows Vista has had a lot of bad press. Performance is not great and the so-called security features built into it are nothing short of annoying. Its successor, Windows 7, was originally scheduled for sometime in 2010 but Microsoft has brought the release date forward to October 22nd, 2009. Early reviews of the product all indicate that this is Vista with the performance issues ironed out.

One of the criticisms of Microsoft Operating Systems has been the number of different editions, unlike the Macintosh for example which has one version for all users. Windows 7 does not improve on this and comes in no less than six editions labelled Starter, Home Basic, Home Premium, Professional, Enterprise and Ultimate. Furthermore, each edition will come in two versions, one including and one excluding the Windows Media Player. The starter edition will be available for netbooks, (or low cost small notebook PCs as Microsoft prefers to call them) and one of the limitations of this version will be that you are not allowed to remove the Microsoft wallpaper from the screen desktop.

Ahead of Windows 7, Microsoft is launching a free security suite which should be available from June 23rd as a 140MB download and will include anti-virus software with daily updates. 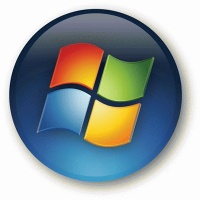