Costs are always an issue. One of the news stories over the last month has been the cost of the Royal Family, but when you do the maths it works out at about 60 pence per taxpayer per year. Compared to how much we spend on other things, that is a modest amount for which we get a lot of value for money, and trivial compared to how much we spent per taxpayer bailing out the banks. Amongst other things, in this issue we look at some of the costs of technology, the cost of communications, of power, of copyright and of crime.

The Jackson Effect
The unexpected death of Michael Jackson was a news story that broke first on the Internet. It showed that whilst the web can send a headline around the planet in seconds, people still need traditional news services when more substance is required.

Do you need a femto?
Vodafone UK has announced that from this month, you can buy your very own femtocell and sit it in the corner of your living room. But how many people need a femtocell, or even know what one is?

Crime doesn't pay,... or does it?
Does society regard cyber crime as serious? Or does it still take a Hollywood view of hacking as something secretly to be admired?

New balls please
The failure of the Premier League's action against YouTube raises more questions about the intellectual property rights on the Internet.

Computer power
We tend to forget that computers have running costs, but if you have a lot of computer equipment it can make a serious dent in the electricity bill. When you are running a data centre, the costs can be huge.

Fish from space
On the 40th anniversary of the first moon landings, there had to be at least one space-related story, but rather than dwell on the Sea of Tranquility, let's turn instead to the fish ponds of Hull. 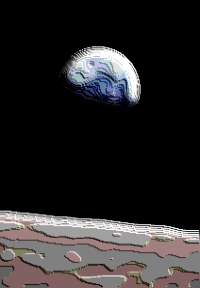