The word of the year

Each year the Oxford American Dictionary publishes its Word Of The Year listing, and this year it is topped by a word used by armies of Facebook fans. That word is Unfriend.

If you don't use Facebook you may not know that Unfriend is the menu option to remove someone from your list of friends. It is perhaps strange that people unfriend others enough for a menu item to become a recognised word, and even stranger that it has now crept into real life and people no longer have a falling out with others, but unfriend them instead.

Other words from the world of technology to make the short list included "sexting", which means sending sexually explicit texts on your mobile, "intexticated", which refers to being under the influence of reading a text whilst driving, and "paywall", which apparently is a way of restricting a part of a website to paying subscribers. Non-technology nominations included "zombie bank", a dead bank continuing to operate through government support, "deleb", a dead celebrity, and "tramp stamp", a tattoo on the lower back of a woman.

What will be the word of the year this time next year? If marketeers have their way then it could well be "Cloud Computing". However, I suspect the it is more likely to be the intensely irritating mock-Russian meerkat inspired "Simples". 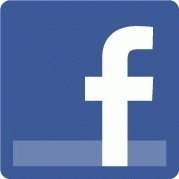