Keeping tabs on you

Google is again facing questions from governments over its StreetView project. Ten countries, including the UK, Germany, France, Canada and New Zealand have all complained that Google launched StreetView without "due consideration of privacy, data protection laws and cultural norms."

Google officially launched its UK version of StreetView in March. Much of the UK has now been photographed by StreetView, including 96% of British roads. Without doubt it is technically impressive and uses a mind-boggling amount of data but it has ridden roughshod over people's concerns about privacy. Following earlier complaints, Google claims that 99.9% of the faces and car number plates have now been obscured. If you want to see if your house is on StreetView, go to:

Enter your town name or postcode into the search box. Google will place a red pin on the map. Click on the pin and in the pop up box select the More option under which you will find Street View.

As well as the photography, it has now emerged that Google has also been collecting MAC addresses of WiFi routers broadcasting from people's homes, and this has especially caught the attention of the UK's Information Commissioner and his German counterpart. Every network device has its own globally unique identification number called a MAC address. Google says it compiles this data so that mobile computers and mobile phones can use local WiFi signals as a way of triangulating their positions without requiring expensive GPS circuitry. Google's interest in this is, of course, so that it can pitch location-related advertising at web surfers. If all it is doing is using the WiFi signals as reference points then it is hard to see how it could be used to track individuals but the ICO would like clarification that it has not logged any further details about the security settings of networks whilst others are concerned about its long term usage of this data.

For a demonstration of how your geographic location can be determined using just WiFi triangulation, see:

You will need a computer equipped with a WiFi network card and, at the time of writing, you will need to use a recent version of Firefox. It will also work on Apple's Safari mobile and other browsers in due course. Alternatively, if you use Chrome, you can try:

You may be surprised at just how accurate it is at locating you. Firefox and Chrome both protect your privacy by always asking if you want to send your current location to the website, but other applications yet to be written may not be so considerate. Expect spyware authors to exploit this technology. 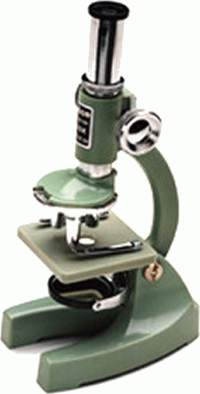