Think of a number higher than 235

The system of patents for inventions was intended to encourage innovation, but the US patent system is so badly broken that it does the exact opposite. And because of global markets, we all pay the cost of US patents.

At the end of April, Microsoft and phone-maker HTC announced a patent agreement that provides broad coverage under Microsoft's patent portfolio. HTC's phones run the Linux operating system, not Windows, but HTC has agreed to pay royalties to Microsoft for every phone it sells, to avoid being sued by Microsoft for patent infringement. HTC is just the latest in a line of Linux users who have entered into such an agreement with Microsoft. Other companies include Amazon, Novell and Tom Tom.

One might wonder how a router, a phone or a GPS system running the open-source Linux could infringe Microsoft patents. For three years now Microsoft has claimed that "more than 235 of its patents are infringed by Linux" but declines to tell anyone exactly what those patents are. It is significantly cheaper for companies to enter out of court settlements with Microsoft than it is to go into court and challenge this claim. It also leaves us wondering exactly what number Microsoft is claiming. By "more than 235", do they mean 236? If so, why not say 236?

The US patent system is badly broken. In the UK, patents were conceived as a way for inventors to publish their inventions, develop their inventions into working prototypes, and eventually license the invention to manufacturers. In the US, patents increasingly are used to stifle competition. The UK does not allow software to be patented whereas the US seems quite happy to grant patents for any vague idea which simply has the word "computer" in it, such as "a method for using a computer to facilitate a transaction between a buyer and a seller", (and yes, that really is the title of a genuine US patent). Most crucially, US patents seems to be awarded to the first person to lay claim to an idea, even if the idea is already common knowledge and so obvious that other countries would say it is not an invention. Furthermore there is no onus on US patent holders to develop ideas once the patent has been awarded. Hence there are companies which now buy and sell patents, and register patents with the sole intent of claiming royalties on them should anyone ever build something which might infringe the wording of a patent they hold.

But this is only the US patent system. An American software patent would never be valid in the UK so why should we worry? Unfortunately, companies with the clout of Microsoft and the size of the American market behind them can demand world-wide deals. This means that every time you buy a mobile phone, a satnav, or a digital camera that uses memory cards, a part of what you pay is a royalty to US companies holding dubious patents. That's globalisation for you. 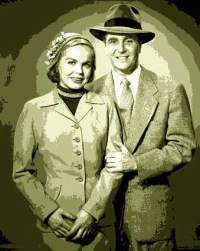