High speed broadband networks could improve access to information for elderly people and people with disabilities,... according to Ofcom.

A study commissioned by Ofcom's Advisory Committee on Older and Disabled people (ACOD) says that high capacity broadband internet access and next generation networks could make it easier to access enabling technologies and could ease access to increasingly personalised media and information services. But how much of that is based on logic and fact, and how much on sound bites and wishful thinking. Consider this extract:

"Alternative formats (text, video, speech) could be easier to access anywhere and any time. This is likely to be enabled through increased availability of software as a service, higher capacity, faster bandwidths, improved interoperability and better online multi-modal web design."

Its a lot of fine sounding words which say what Ofcom and the telecomms industry wants to hear but I find nothing in this report to convince me that faster technology will help the elderly, the disadvantaged or the disabled. Will it narrow the digital divide or widen it? The problem at the moment isn't that web technology is inherently inaccessible, but rather that the majority of web developers are just not making sufficient effort to understand accessibility and prefer to regard it as someone else's problem.

ACOD's report suggests, for instance, that next generation technologies and high speed networking will allow user's preferences for things like font size and colour contrast to be stored centrally on the web instead of tied to one computer, but that doesn't solve the accessibility issue. The access issue with font size is that so many web sites have the font sizes hard-wired into them. For many "designers", the precise visuals of the site are paramount, the branding is everything, and to let the user view it in a different way would be unthinkable. Likewise, many businesses and government offices are enamoured with PDF because it allows them to dictate the exact look of the document, to force their own choices for font sizes and pagination onto the user. Heaven forbid that the user should look at it in the wrong font. With this mindset, network speed is irrelevant to accessibility.

ACOD's report can be found at the following link. Predictably, it has been published as a PDF: 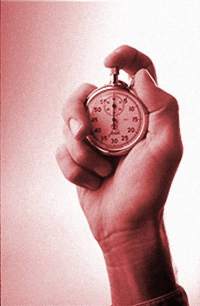