Google has announced that with the inclusion of scenes from Antarctica, the ingenious Street View now features scenes from all seven continents of planet Earth. And yes, that means you can now zoom in on a penguin.

One might wonder how many streets there are on Antarctica, and did Google send one of its specially-equipped camera cars to map the frozen wastelands? With Google coming under legal scrutiny around the globe concerning Street View data collection, does it really need to risk upsetting yet another continent?

In fact Google Street View has only processed a very small patch of Half Moon Island on the edge of Antarctica, and there is not a traffic light in sight. The photos were taken by Brian Mclendon who leads the Earth and Maps team at Google, when he and his wife visited the island back in January. I am relieved to say that so far there have been no privacy complaints filed by the penguins and, as far as I know, none of the wildlife was subject to a Wi-Fi scan. 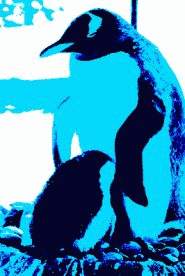