As I write this newsletter, the European League Against Rheumatism is warning that British youngsters are increasingly at risk of arthritis from spending too much time on the games console and the mobile phone. Whatever next? Teenagers suffering from technology-induced glandular fever?

Google's game changer
Last year Google demonstrated prototypes of its Chrome OS operating system, a stripped down version of Unix designed to boot the computer straight from power on into the Chrome web browser in a matter of seconds. This month, at the Google Conference in San Francisco, it announced its business plans for the Chromebook, and those plans could shake up the hardware and software industry.

Security through obscurity
Researchers in France and Belgium have uncovered security weaknesses in some of the most popular file sharing sites and gained access to data that was supposed to be private.

Savings which are too good to be true
A student from Texas is accused of posting fake discount coupons to websites. Some think this makes him a latter day Robin Hood. Others point out that this is just one step removed from printing fake money.

Its in the dictionary, innit
In its latest edition of The Scrabble Dictionary, Collins has included the words "thang", "grrl" and "innit". By including terms such as these, are dictionaries becoming ever better, or are they doing a disservice to language and hastening their own obsolescence?

It started with a kiss
I never thought it would come to this,... but this is the internet age, and anything is possible. 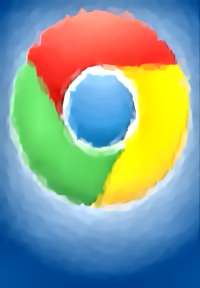