If you want to sing out, sing out

US politician, Anthony Wiener, wrecked his marriage and ruined his career this month when he made the rookie mistake of thinking he was sending a private message on Twitter, and instead sent out public tweet containing a "lewd" photo of himself. He's not the only one to fall into that trap.

At the same time as Wiener was making a spectacle of himself in the USA, over in China, Mr Xie, a married chinese local government official and his equally married mistress were conducting an affair. In the name of secrecy they avoided using text messages or the phone, and instead used Weibo, the chinese domestic equivalent of Twitter, Twitter itself being blocked by China's government. Amazingly, they both thought that Weibo was a private message system and did not realise they were picking up thousands of followers who received notifications every time the pair swapped a saucy message or arranged a hotel room. When a journalist contacted Mr Xie to ask about his affair and the reimbursement of the mistresses costs through his business expenses recorded in the tweets, Mr Xie was said to be shocked to discover his messages were public to the world.

Like many things connected with the Internet, Twitter is over-hyped, but some people are using it in constructive and creative ways. One of our customers, the Association for Qualitative Research (AQR) has embraced Twitter as a way of keeping its members up to date with day to day news snippets about meetings, publications, and events. We have also incorporated its most recent tweets into the home page of its website so that members who are not users of Twitter can still easily follow the AQR's posts.

There have also been some good examples of artists using Twitter as part of the creative process and this beautiful YouTube video by Amanda Palmer (formerly one half of the Dresden Dolls) is a great example of anarchic art and music combined. The part that Twitter played in producing this piece of Punk Cabaret on a ukulele is explained towards the end of the video. 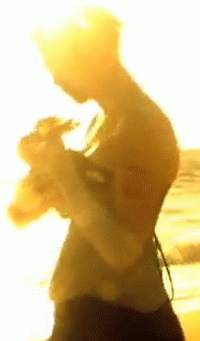