You can't trust the coppers like the old time specials

The phone hacking scandal has brought up the issue of payments to police officers by the press and abuse of power. Almost unnoticed is a report by Big Brother Watch on police data breaches.

Big Brother Watch directed Freedom of Information Act questions at all police forces in England and Wales, regarding unlawful data protection practices within the force, and according to the answers, 243 police officers or civilian staff received criminal convictions for breaking the Data Protection Act over the last three years, 98 had their employment terminated for DPA breaches, and 904 were subject to internal disciplinary procedures.

The cases reported included officers who carried out checks on neighbours, or ex-wives, an officer who conducted "53 criminal record checks for no apparent purpose", and an officer who disclosed confidential policing information on Facebook. The full report is here:

But how did you interpret those figures and how were you influenced by current news stories about police officers passing information to journalists? We should always be careful about taking figures out of context like this. One person might think they tell us that the police take a cavalier attitude to the data they can access about us? Another might think it shows us that the police information system is very good at detecting even the most minor transgression. How many other national organisations of comparable size have taken action against over a thousand of its staff over three years for computer misuse? How many would even admit to the problem? 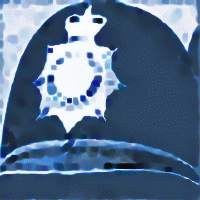