Fibre networks are no longer the province of governments and corporations. It is coming to the home, and is now available from some ISPs.

BT has been rolling out a technology dubbed FTTC, or Fibre To The Cabinet, which uses high-speed fibre-optic cable to connect the street cabinets to the central exchanges, so that only the last few hundred yards of connection to the home phone need to be done on the slower (and now, more expensive), copper wire. As well as its inherent speed, fibre optic is also more resistant to interference, and more able to run multiple communications in parallel.

BT is spending around Ł2.5 billion to bring "super-fast" broadband (up to about 80MB) to about two thirds of all UK homes and businesses by 2015. In its latest announcement, BT has earmarked a further 114 of its exchanges to be upgraded to FTTC. The upgrade list can be found here:

For even faster net connections, there is a technology called FTTP, or Fibre To The Premises where the fibre cable comes right into your home and is connected directly to an optical circuit in a router. BT had trialled this earlier in the year but found that in a quarter of the installations, the engineers could spend up to two days on site trying to duct the fibre cable into the customer's home. Ducting problems for fibre optic cables are liable to be problems for years to come.

Some ISPs have started taking advance orders for FTTP, and even going so far as to give likely prices and speeds. One operator is indicating the monthly cost for a 20Mb connection will be Ł12.50, rising to Ł25 for 100Mb and Ł50 for the 1Gb connection. However, that particular ISP will only be servicing the lucrative London area with its high population density. As always, rural areas will be less attractive propositions to phone companies and ISPs.

The speeds of FTTP are amazing, but treat them with caution. There is no point rushing for a 1Gb connection if you are connected to your router by an ethernet cable that only works reliably at up to 100Mb, and the server you are talking to is very likely in a data centre which has its machines connected by 100Mb cable. If the network supports that speed and web designers use that to justify ever larger graphics and videos and downloads then the servers themselves will likely need upgrading to support the extra workload. And all this time there will be a growing band of mobile users who expect sites to continue to work well across the relatively slow 2Mb phone connections. 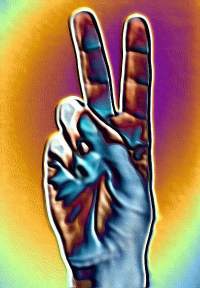