The loss of luminaries

Sadly, this past month saw the passing of three distinguished figures from the world of computing. Steve Jobs was headline news, but we should also remember Dennis Ritchie and John McCarthy.

Steve Jobs co-founded Apple Computers, a company which has had huge impact on computer design, not only in its own products, but also in the design of others, in hardware, software, in expectations of ease of use, and in new markets such as the iPod and iPhone. Whilst Apple did not invent the mouse and the graphical interfaces we expect today (that honour goes to Xerox Parc), Jobs was one of the first to see the commercial potential of the interface and this led to the creation of Apple Lisa, and one year later, the first Apple Macintosh.

In the 1980s, home computers like the BBC Micro and the Sinclair Spectrum were slowly bringing microcomputing to the home and giving a glimpse of what was possible with computer graphics and sounds. IBM had established the PC platform for business, and a typical PC would have a green text-only display of 25 lines, 80 characters per line, and a DOS prompt, or perhaps a CGA screen with clunky graphics that a few specialised programs like Lotus 1-2-3 could use to draw a graph of spreadsheet data. It certainly wasn't in any way integrated into the operating system or user interface. In 1984, most computer users did not know what a mouse or a font was, and most computing was still done on mainframes.

And then, in January 1984, Steve Jobs made this remarkable presentation to the 3,000 strong Apple shareholder meeting, the first ever presentation of the Apple Mac:

In mid October it was announced that Dennis Ritchie had died at the age of 70. In 1968, Ritchie began working for Bell Labs. At that time, there was little commonality between the various computers being built and most operating systems were written in the highly specific machine code of the computer they were designed for. Bell Labs had developed a proprietary programming language which it used to write the operating system for its computer line, and this language was imaginatively called B.

Building on this work, Ritchie developed another language called C which was intended to be powerful like machine code, but machine independent in the same way that languages like Fortran and Cobol worked across numerous machines. Ritchie worked closely with Ken Thompson who was impressed by C and decided to rewrite an operating system into the C language, so that it could be more easily ported to other computer hardware designs. That operating system was Unix which today, in the guise of Linux, drives much of the internet. Without the portability of C, it is doubtful that Unix would ever have been a success. The C language is still the language of choice today for any sort of operating system software, such as Windows, OSX, Android, etc, as well as many applications, and the influences of C are readily apparent in other programming languages such as Perl which powers many web applications.

A few days ago, Stanford University confirmed that John McCarthy had died at the age of 84. Back in 1955, McCarthy coined the term "Artificial Intelligence" (AI) and in 1958 while at MIT, McCarthy published Lisp, an algebraic list processing language for use on the IBM704. It was intended for AI researchers and is still used in AI applications today, more than 50 years later. Unlike other attempts at devising programming languages, Lisp was intended to be both a practical programming language and an elegant mathematical notation, and was probably the first language to include the concept of an "else" option in the now ubiquitous if-then-else construct.

In a speech at MIT's Centennial in 1961, McCarthy suggested that in the future, there would come a time when computer applications could be sold through a utility model, in much the same way that people buy gas and electricity, and that we would all "time share" the processing capability of larger computers. With today's broadband access to the internet, cloud computing, servers, and subscription model software such as webmail, news sites, and game services such as World of Warcraft, many would say that fifty years later, that prediction has come true. 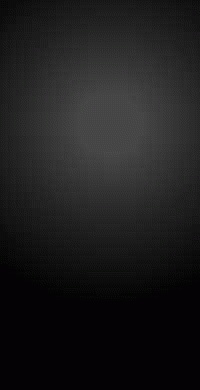