Richard O'Dwyer, a 23 year old from Bolsover, Derbyshire, and a computer science student at Sheffield Hallam University, is facing extradition to the US and a possible five year prison sentence for copyright crimes committed over the internet,... despite those actions not being prosecuted as criminal offences here in the UK.

O'Dwyer set up the now defunct website called TV Shack in 2007 which was nothing more than a list of websites from around the world which illegally showed TV programmes and sites which showed how to illegally access TV programs across the net. O'Dwyer's site itself did not host the copyrighted material, did not stream the material, and did not provide software to help you access the material. It only linked to those other sites, and I daresay many of those links could just as easily have been found in Google. Indeed, Google's YouTube is itself a site where its easy to find ripped TV programs. Now I don't approve in the slightest of the piracy of TV programs, and I would never agree to host a site such as TV Shack, but nevertheless I feel O'Dwyer with his list of links was foolish and misguided rather than a hardened criminal.

The US legal authorities do not agree, and say that under US law, this list of links is a crime. The US government claims that in June 2010, TV Shack was the 1779th most popular website in the world, and claims that O’Dwyer would have made over $230,000 from advertising revenues as a result. They are not claiming O'Dwyer was earning commissions from sites hosting illegal content, but rather that he was making the money out of clickthru banner advertising such as appears on many websites.

If O'Dwyer has committed a criminal offence under UK law then he should surely be tried in the UK. If it isn't a crime in the UK then why is he even being considered for extradition? Did he commit the crime in America? Until he was arrested and hauled down to London for extradition proceedings, O'Dwyer had never left the northern half of England but US authorities consider his presence on the internet, and hence his room at Sheffield Hallam, to have become American soil for judicial purposes. The British judge at Westminster, sadly agreed, and the case now goes to the Home Secretary for final approval.

Another British citizen, 65 year old businessman Christopher Tappin, is in a similar awful position. He is accused by the US Government of attempting to illegally export batteries from the US to Iran without an export license. Tappin says he thought the parts were for a car firm in the Netherlands and that he passed the order to his US shipping company believing they would organise export licenses as required. The order was part of a sting operation involving a fictitious company set up by US Customs to entrap businessmen. Entrapment is illegal in the UK but not in the US. Nevertheless, the Home Secretary has ordered his extradition.

As well as the USA, The Extradition Act 2003 puts these arrangements in place with all countries in the EU, plus 23 other non-EU countries including the Russian Federation and Turkey. Recently, a Turkish court decided to press charges against the Duchess of York for secretly filming in an orphanage. If convicted in Turkey, she could be sentenced to 22 years in jail. The Home Office said that as the charge does not constitute an offence under UK law, she cannot be removed from Britain to face trial in Turkey (a position I totally agree with), but if that standard applies to the Royal Family and Turkey, shouldn't it also apply to Britain's ordinary citizen and the USA? 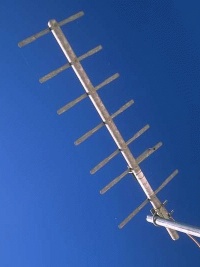