Back in 1999, Tony Blair stated his ambition of "Making the UK the premier environment for online government and business". At that time, only 2% of managing directors believed the Internet posed any serious threat to their way of doing business. Today the Internet is integral to much of our lives, but is that because of government policies or in spite of them?

The price of a website
The House of Commons Committee of Public Accounts has released its report into government websites, and it is not impressed. It found the Government is not sure exactly how many websites it has, but believes there could be as many as 2,500. Nor does it know how much these websites costs or if anyone is using them.

The price of a password
A recent survey of 576 office workers in Central London discovered that 45% of the women interviewed and 10% of the men were prepared to hand over passwords in exchange for bars of chocolate.

Internet fraud is up,... and down
The UK Banking Association, APACS, reports that incidents of attempted fraud have doubled compared to this time last year, but actual banking losses are down. However, that is not as reassuring as it might sound.

Who needs a computer?
Whilst Internet scammers work on an industrial scale, when it comes to sheer ambition they still pale into insignificance alongside Charles Ray Fuller of Texas.

The dark side of social networking
A year ago it seemed that pages on social networking sites like Facebook and MySpace were the must-have accessory for people who wanted to be cool and trendy but recent news stories reveal the less desirable aspects of them. 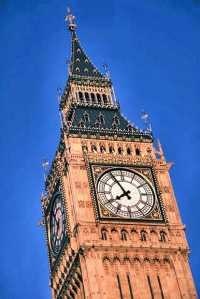