When ticking a box is not enough

The Advertising Standards Authority has told travel site TripAdvisor that asking reviewers to tick a declaration stating that their review was "genuine" is not enough.

TripAdvisor claims to be the world's largest travel site, operating in 30 countries around the world with 60 million visitors a month. One of the features of its site is that people who have stayed at a hotel or guest house can post their own free-format "review" of the experience. Until recently, TripAdvisor's UK site boasted "More than 50 million honest travel reviews and opinions from real travellers around the world".

But its that word "honest" that has come under fire. Two of the hotels reviewed complained to the Advertising Standards Authority (ASA) that reviews posted about their establishments were unfair and there was no way of verifying that the people writing those reviews had ever stayed at the hotels. The ASA ruled that TripAdvisor could not be certain that the reviews posted on the site were from genuine travellers or that they accurately reflected those travellers’ experiences.

TripAdvisor argued that reviewed locations often had a range of reviews and that people considering a hotel would typically read several reviews and take a balanced opinion. The ASA responded that it did not believe consumers would necessarily be able to separate genuine reviews from falsified content. Furthermore, asking reviewers to tick a declaration stating that their review was "genuine" was not enough of an incentive to ensure that the truth was told.

In fairness to TripAdvisor, it requires some form of registration before you can post, and also gives establishment owners the opportunity to respond to complaints, albeit in public and still printing the contested review. This compares well with many of the review sites you will find on the internet which are packed with extreme views, and on these sites there is often a strong suspicion that people are either talking up their own business by providing glowing fairy tales of service, or trashing their competitors with lurid descriptions of shoddy products, grime and vermin, topped off with rude staff and poor service. We all know we should take these reviews with a pinch of salt, yet still we read them, and still we think "no smoke without fire".

This high profile case could (and should) have consequences for any UK site which uses user-generated content, and there are a great deal of them, allowing comments on pubs, restaurants, theatres, consumer products, news stories, you name it. People are not short of opinions, especially when they think the internet lets them be an anonymous bully who can be as obnoxious as they like, enjoying notoriety without consequences.

Getting people to write your content for you for free is a very cheap business model. Hopefully, such sites will start to realise that they can be held responsible for the information they are so happy to publish, and understand that token gestures like tick boxes where an anonymous poster promises it is all true are not enough to absolve you of liability. 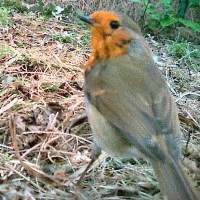