The power of colour and song

"Du hast den Farbfilm vergessen" (You forgot the colour film) released in 1974 was one of East Germany's famous protest songs. Yes, there was political protest pre-Twitter.

Nina Hagen was East Berlin's operatic prodigy at the age of 9, expelled from the party by the age of 12 for her political views, and at the age of 19 singing Du hast den Farbfilm vergessen. The lyrics innocently tell the story of a young woman disappointed that the photo album of her life is going to contain only black and white memories, but the song was widely seen as a thinly-veiled political attack on the monochrome grey quality of life in the DDR.

Thanks to digital technology and the internet, the charming film clip of her performing the song on NDR TV in 1974 is now preserved forever. 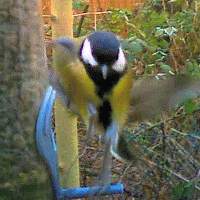