Research on both sides of the Atlantic by Nielsen indicates that the British are less likely to subscribe to pay sites or pay to download content than their US counterparts.

The survey, which focused on tablet owners (such as iPads) looked at a range of categories and asked owners what content they were paying for. On both sides of the Atlantic, only about 20% of those questioned considered news was worth paying for. However, in other categories there was a clear distinction between the US and UK responses.

In the categories of music, books, and videos, more than 50% of the US respondents bought those products for their tablet computers whilst in the UK, the level was between 20% and 25%. Online magazines and online versions of TV shows proved less popular. Only 40% of Americans would consider paying for those whilst in the UK that figure is 15% or less.

This research doesn't explore why those differences exist. It may be cultural, that the American audience is more used to paying for products on a per-usage basis, or it may be economic, that the US sample of pad owners has more disposable income than the UK sample. It could also be a question of quality or convenience. Is paid news going to be any better than the excellent free news you can read on the BBC, and the high-quality shows we can already watch online as BBC license payers.

Whatever the explanation, the marked differences between the two samples is an eye-opener and emphasises how people wanting to make money out of the internet need to do careful research into their market before they invest too much of their hard-earned cash.

News is an especially interesting aspect as the web evangelists have long predicted that traditional news agencies would decline in the face of citizen journalism. Why would people buy newspapers, they asked, when they can hear the news first hand on social media websites without it being massaged or manipulated by the interests of the media? It sounded good, but a small survey by Pew Research has concluded that the idea that social media is driving news is over-hyped. Most people who get their news through the web still get it by visiting established and specialist news websites, not by trawling through Twitter and Facebook. Only 9% of respondents said they clicked on the links to news stories recommended by friends on these sites.

We have worked with a number of our customers setting up and advising on various web based news services, and one of the most important lessons is picking the right sort of news for your audience. Some of the success stories are:

www.tilezine.co.uk
Tilezine, a news magazine dedicated to the UK tiles and tiling industry with over a thousand subscribers

www.nwr.org.uk/newsletter
The newly launched newsletter for the National Women's Register which already has 600 subscribers.

www.theheath.com/newsfile
A news feed for The Heath Business Park which keeps its residents informed about what is happening around them.

www.paulsmithassociates.co.uk/newsfile
A news page and RSS feed for Paul Smith Associates, a specialist PR company, which provides an archive of news information about its clients in a format easily accessed by journalists.

twitter.com/aqruk
A twitter feed of micro-news snippets for the Association of Qualitative Research which regularly provides news and info specifically aimed at qual researchers and which now has 250 followers.

News can work very well on websites, but it has to be carefully planned, be of good quality, relevant, topical, and well-written. Adding news to your website is a great way of engaging with your audience, but you have to work at it. Most of all, its no good throwing someone in at the deep end without guidance and training. 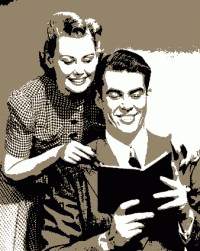