In April 1982, Sincliar launched the ZX Spectrum, one of the first mass market home microcomputers which offered 16K of memory and sixteen colour graphics via the TV. In April 2012, someone in the HR department at Aviva Investors clicked the wrong button on their PC and accidentally fired by email the entire 1,300-strong global workforce. We've become a lot more sophisticated in the last thirty years.

Communications privacy in the spotlight again
Like a bad April Fools Joke, Home Secretary Theresa May used April 1st to announce that the government was resurrecting the controversial project to monitor email communications. Whilst this has provoked much debate about the privacy implications and whether or not it clashed with EU privacy laws, little has been said about the technology behind it.

Google is not the only fruit
It is hard to remember a time before Google, and now it is ingrained into everything we do, but there are alternatives out there, and sometimes a different sort of search is just what you need.

Twitter goes to the movies
I have previously noted that researchers have used Twitter trends to predict outbreaks of colds and flu, and also to provide up to date weather maps. Now researchers have turned their hand to movies. Could Twitter analysis be used to predict box office success?

Chickens from space
Solar activity from sunspot AR1429 unleashed more than fifty solar flares during the first half of March which flooded the earth's upper atmosphere with ionising radiation. Would this radiation pose a threat to space travellers? It was an ideal time to conduct an experiment to find out. 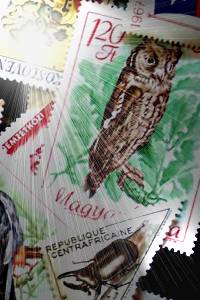