It was only a few months ago that Facebook sold shares in one of the most over-hyped dot com offerings of recent years, but now people are asking if its valuation, and importance to business, can be justified?

The BBC's Rory Cellan-Jones set up a fake business on Facebook called VirtualBagel, a fast food outlet which doesn't exist and sells no products, yet it received hundreds of "Likes" within days of launch. At the time of writing it is now up to 3,300 Likes.

The Likes particularly come from the Philippines and Egypt, and with most of the clicks supposedly coming from users in the 13 to 17 year old age bracket. When the researchers tunnelled down into the data they found many of these users were liking several thousand pages each and had questionable biographical data. For example, one user had a date of birth of 1997 but was supposedly the manager of Chevron since 2010. Another claimed to be employed by Real Madrid and used a photo of Christian Ronaldo as his profile picture.

3,300 Likes isn't that big a number. Other sites have figures in the hundreds of thousands, or even the millions. This attractive government-financed Facebook page promoting Great Britain has 118,000 Likes,

but almost half of those Likes claim to come from Rio de Janeiro. It seems highly unlikely that these can all be genuine users and are surely faceless robot-generated clicks, but that leads to the questions of why people set up robots and fake profiles to do this, and what proportion of Facebook profiles are genuine?

It can be hard at first to see what the fake user gets out of this. Some of it is simple. Some users new to Facebook are so excited to find someone likes them that they reciprocate and click the Like button on the fake account. Well, its only polite isn't it? Whilst visiting the faked user, they might also click on a link on that person's Facebook page and download rogue software designed to turn their PC into a spam zombie. The other immediate gain to the spammer is that once you Like someone, all your genuine friends on Facebook also get told about the fake user you've just Liked.

But it is a longer term strategy for the spammers that really matters. The spammer is building up an army of fake profiles, which have an activity history, and which have created credibility by weaving a tangled web of friends and Likes, some of whom are genuine Facebook users, others which are incestuous links back to the fake family, so that it becomes increasingly difficult to tell real and fake users apart.

Once the robot army is established, it can be used in all sorts of creative ways, the most blatant being that if you run a commercial Facebook page and want a nice big number in your Like counter, you can buy Likes off the shelf for around $5 per thousand to make your brand appear popular. Less obviously, rogue operators can make claims that they can SEO your main website so you'll get more traffic from Facebook and after they wave their wand you find you magically receive a thousand visitors a week from Facebook, all with just the right age and gender demographics. These fake accounts never actually place any orders or buy anything, and you still end up paying for any adverts which Facebook has shown them, but it sure makes the traffic reports look good down in the marketing department.

So how many fake accounts are there on Facebook? Facebook says only a small percentage of users give fake names and it uses automated software to track down and remove bogus accounts. Yet even its own conservative estimates suggests there could be more than 50 million fake accounts on the service, and that's a number that should give us all pause for thought when evaluating the value of Facebook promotions and advertising. 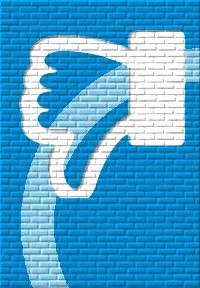