After 38 years of loyal service, the BBC has finally retired CEEFAX. No longer will UK viewers be able to find pixelated weather maps and text graphics. How much of our current much-vaunted technology will be around 38 years from now? Today Microsoft has launched Windows 8. Will we still be using it in 2050? I think not.

Broadband commitments by 2015
Back in 2009, the government's Digital Britain Report stated that there will be broadband in every home by 2012. Now that 2012 nears its end, how close are we to reaching that target?

A barcode birthday
Barcodes made their first appearance at the checkout in 1974, but the idea was patented way back in 1952. On 7th October 2012, the bar code enjoyed its sixtieth birthday. Is it close to retirement age?

Retail Politics USA
By this time next month, the USA could have a new president, and in this year's campaigning the internet is more prominent than ever.

Twitter is not a popularity contest
Do people put enough thought into their tweets? Remember the old adage. Tweet in haste, repent at leisure.

Gangnam Style
An unexpected hit of the year has been Gangnam Style. This Korean video on YouTube has had more than half a billion showings. 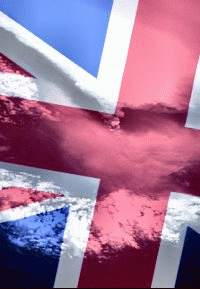