The man in the street is slowly getting used to QR Codes, (those square barcodes that your smart phone can read), but unfortunately, so are the scammers.

QR Codes are those square bar codes that link your internet-enabled phone or tablet directly to a website where they can get more information. With more people carrying smart phones, and more wi-fi networks offering free public access, they are a great idea which meets a real need. For example, bus and rail companies are putting QR codes on all their timetables so that travellers can more easily check journey times.

However, scammers have also realised this is an opportunity. Speaking at the Ovum Banking Technology Forum in London, Warren Healey told how there have been cases of criminals printing QR code stickers and attaching them to other people's adverts and leaflets, either simply as a way of stealing traffic by duping people to the wrong site, or of attempting to defraud people by making them think they are visiting a genuine banking site, for example.

QR Codes are so useful, and it will be a loss to us all if confidence in them is undermined by scammers and spammers. I would hope that with all of the CCTV surveillance in this country, that people attempting this sort of scam would find it very difficult to go undetected.

An older form of computer scam which is still doing the rounds is the ransomware virus. Victims who get infected find that their machine refuses to boot up properly, all their data has been encrypted, and will only display a screen which says that the victim has been detected accessing illegal material and must pay a fine if they wish their machine to be unlocked.

One such scam which has been found in the UK claims to be a notice from the UK Police and demands a penalty of Ł100. Paying the Ł100 fee still doesn't unlock the machine or decrypt the files. The good news is that police in Staffordshire have arrested three people in connection with this scam on suspicion of fraud, money laundering, and impersonating a police officer. 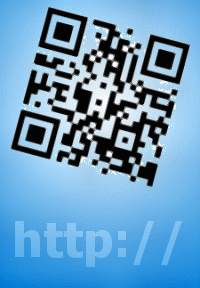