You may have spotted an advert on TV recently for Microsoft which uses the line "Your privacy is our priority" and which tells how Internet Explorer has a Do Not Track feature built in. But what is Do Not Track, and does it work?

If you haven't already seen the advert, a copy of the American voice-over version is on YouTube. The narrative tells how we don't want to share all of our personal information online and then states "so Microsoft is trying to help, by adding tracking protection in Internet Explorer...." "Tracking Protection" sounds like something worth having, but sadly "protection" it is not.

Tracking in this sense means advertising networks collecting information about you and the things you look at on the web so that they can profile you, work out where you live, your age, gender, job, income, family and friends, where you go on holiday, and so on, so that they can target you with adverts. Not surprisingly, a lot of people feel that degree of profiling is an unwarranted intrusion into their lives, and a privacy risk. Equally unsurprisingly, the companies which make their money from profiling and selling adverts (of which Google is the most prominent), disagree, and say their adverts enhance your internet experience and that lack of tracking would be bad for consumers, (though how they arrive at that conclusion is unspecified).

Do Not Track (DNT) was first proposed by Mozilla for the Firefox browser, some two years ago. If you turn DNT on, your browser sends the DNT setting to every website it visits to indicate whether or not you wish to be tracked across websites by advertising networks. It doesn't block adverts, or prevent any tracking mechanisms from working. Its just a polite request to the advertisers to stop profiling you. Unfortunately, most of the advertising networks simply ignore this polite request and track you anyway.

Does your browser support DNT? Predictably Google Chrome does not support it at all. DNT has been built into Firefox for quite some time, but you need to know it exists and turn it on. Microsoft included the DNT option in Internet Explorer 9, and in version 10 it has turned DNT on by default, an action which has caused advertising networks to claim this is even more reason to ignore the setting, since IE10 users will not be aware that Microsoft is arrogantly "forcing" DNT onto them, (even though those same ad networks are themselves forcing the alternative onto us with no option to opt out at all).

There is a great deal of misinformation being spread on this subject, in an attempt to undermine DNT. A common myth being spread by opponents of DNT is that it stops other conveniences from working such as remembering passwords and auto-filling of form fields. That is completely false. Other misinformation is that DNT is ambiguous and ill-thought out, yet since it is a yes/no preference, it could hardly be simpler. 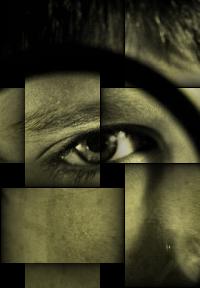